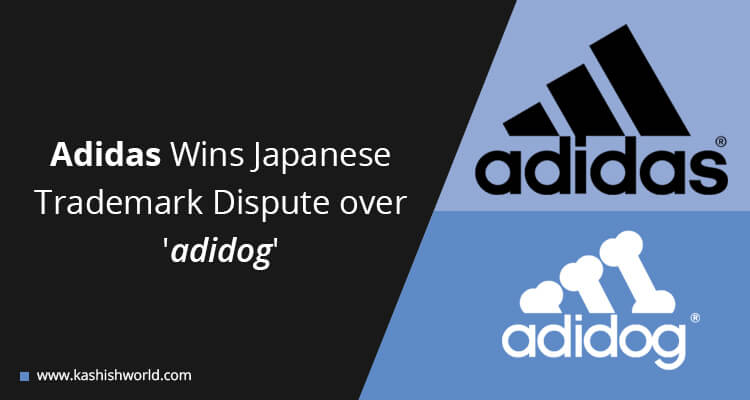 The German sportswear giant, Adidas, has always maintained its reputation of being particularly litigious when it comes to protecting its well-known three-stripe trademark and shall never welcome brands with similar names as well. Adidas doesn’t sell items for pets with its name on them and doesn’t want any other brand to do so either. Earlier this year, Adidas had initiated a trademark dispute before the Japan Patent Office (JPO) by asking the national Intellectual Property (IP) body to reject and cancel the pending Trademark Application filed for use on clothing for dogs for the word ‘adidog.’ In its filing for Trademark Opposition in January, Adidas referred to Article 4(1)(xv) of the Japan Trademark Law, which prohibits Trademark Registration of a mark that is likely to create confusion in the minds of the customers as to the source of items bearing the mark. Adidas claimed that the high degree of similarity between the ‘adidog’ mark and its widely known trademark-protected name would make the customers believe that it has endorsed the use of ‘adidog,’ which isn’t the case at all. It also asserted that such kind of customer confusion would be supported due to an immense level of consumer awareness corresponding to Adidas brand name across the globe and the exclusive use of its trademark-protected name in Japan for near about 50 years as of now. Furthermore, Adidas also pointed out the proximity of goods in question and their close relatedness.

The JPO’s Opposition Board agreed with Adidas and dismissed the ‘adidog’ trademark application by saying that Adidas indeed has a remarkable degree of reputation in Japan since 1971, and the ‘adidog’ mark is similar to ‘Adidas’ in both the aspects of sound and appearance. It further stated that the products using the ‘adidog’ mark are not marked differently from the products sold by Adidas. At last, the Opposition Board said as nowadays the distributors of sportswear, shoes, and other related accessories are also dealing with clothing for pets, both types of goods can be closely related.

Adidas’ trademark win comes after it initiated a separate legal proceeding against adidog last year when a Japanese company was looking forward to registering a trademark consisting of three diagonal parallel dog bones. Adidas had prevailed in that matter similarly, and on the same grounds as well, including its widely-recognized three-stripe trademark, visual resemblance, well-maintained and famous trademarks in Japan, and modern sportswear, shoes, and accessories distributors dealing in pet clothing and accessories.