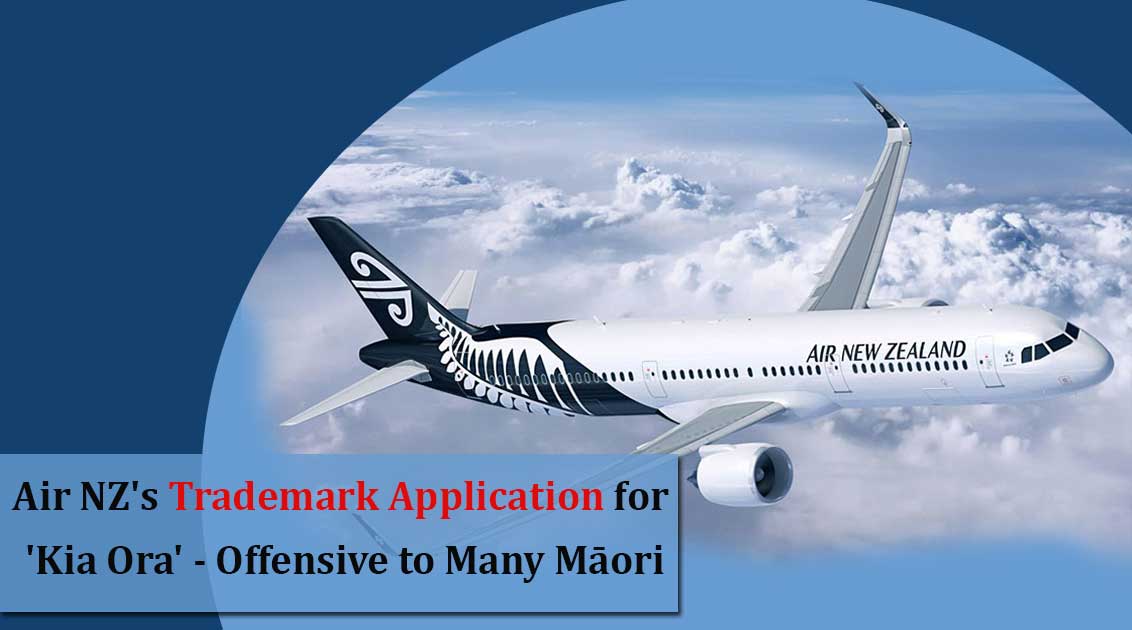 The flag carrier airline of New Zealand, Air New Zealand, has offended the country’s Māori people by filing a Trademark Application for a logo of the words “Kia Ora” which is the greeting for hello. The airline filed the trademark application for “Kia Ora” which is also the name of its in-flight magazine, this year in May. The Intellectual Property (IP) Office of New Zealand stated that the airline was looking forward to protecting only the particular stylized forms of the greeting and not the greeting itself. However, the Indigenous groups of New Zealand said that the words of the logo belonged to them, and the attempt to trademark the phrase was a pure cynical business move.

The Māori Council, in this particular context, has said that it would take Air NZ to court if it goes any further with the trademark move. Besides, the council also stated that the trademark application is an insult to New Zealanders and referred to it as “harebrained.” Matthew Tukaki, the council’s executive director, said that he and all Māori are sick and tired of cultural appropriation and their language is a national treasure, which people can’t use for business purposes and gain profits from it as they see fit.

Various IP experts have said that it is unlikely for the trademark to seek approval as the language is a common greeting among all races in the country and the private companies, government institutions, and businesses use the same abundantly. Moreover, the trademark application would also require passing the examination phase with the Māori trademarks advisory committee, which advises the commissioner of trademarks in New Zealand.

Maui Solomon, an Intellectual Property Rights (IPRs) expert, said that the airline is “overreaching” by seizing national icons to help promote their brands, and if they are doing so, there should be benefit-sharing, and the airline must stump up with a bit of cash.

The national airlines stated that the trademark application is all about safeguarding the company’s logo and they have immense respect for the Māori language in their hearts. A spokesperson for Air New Zealand stated that the phrase “Kia Ora” has been registered by various applicants to be used for a wide range of products and services and it is a part of their standard corporate practice to trademark all their logos.