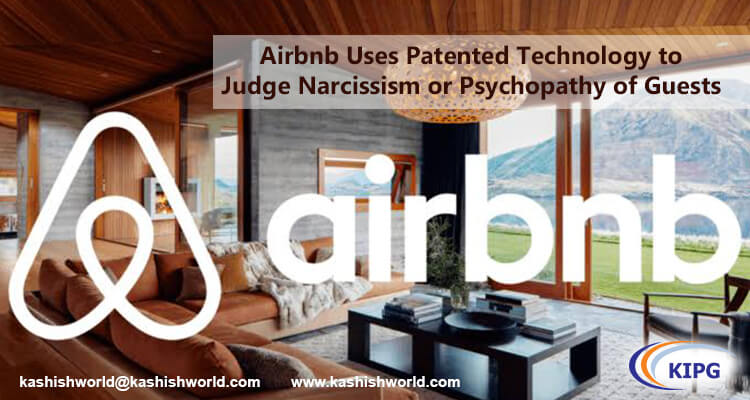 If quite recently, you have been declined from booking an Airbnb (an online marketplace designed for arranging or offering tourism experiences and homestays) rental, it may be because the platform’s AI-based technology determined you as a psychopath.  As per the Patent Application filed by the company last year, Airbnb has a “Trait-analyzing” software designed to scan people’s online presence for predicting whether they are trustworthy or not. Additionally, the software digs through the internet posts of the people, including their social media networks, for detecting any illegal or unauthorized activity, and scanning for traits like conscientiousness, agreeableness, anti-social tendencies, extraversion, narcissism, neuroticism, as well as “psychopathy,” and “Machiavellianism.” The signs of these traits are scanned via online indicators, which may include an image, webpage, video, link, or a particular phrase. Such signs could indicate undesirable behaviors, which the patent lists as involvement with alcohol or drugs, history of sex work, affiliation with hate groups, and crimes in other activities.

The news of this technology follows a Kensington homeowner’s flat worth £2.5 million being trashed by hen party revelers in 2019 after it was made available on Airbnb. The initial plans for the patent were put forward in 2014, with the most recent patent issued by the European Patent Office (EPO) in 2019. The patent documents submitted with the EPO state that the technology is for determining the compatibility, reliability, and trustworthiness of the customers, along with assessing their personality or behavioral traits.

For ensuring the safety of its guests and hosts, Airbnb has stated on its official website that every reservation booked is scored for risk before it is confirmed. Also, the website has mentioned that it uses machine learning, risk assessment, and predictive analysis for evaluating hundreds of signals that help in investigating suspicious activities before they take place.