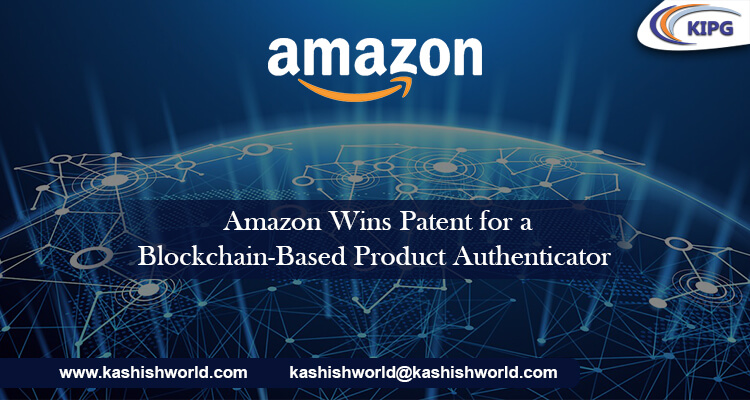 The king of E-Commerce and shipping, Amazon, has quite recently won a new patent for a Distributed Ledger Technology-based (DLT) system that efficiently proves the authenticity of consumer goods. On 26th May 2020, the US Patent and Trademark Office (USPTO) approved the Seattle-based multinational technology company’s nearly three-old Patent Filing for a distributed ledger certification. The Patent Application filed by Amazon describes using a DLT-based system to infuse digital trust from the first mile of a product’s supply chain to the last.

The system looks forward to addressing the rapid increase of databases and systems, which often lack the factors of coherency, transparency, security, referential integrity, and several other factors that can have an impact on the trustworthiness of an entity or an item.

Amazon’s patent filing, which takes into reference the original Bitcoin whitepaper, explains in detail how the immutable and time-bound nature of the blockchain technology is conducive to tracking the authenticity of products over time across the entire supply chain.

For improving trust and loyalty, Amazon’s software platform shall enable the manufacturers, distributors, courier partners, end-users, amongst many others, to have access to real-time visibility of the products as they move through multiple points in the supply chain.

As per the patent documentation submitted by Amazon, when a product is added to the catalog system, the product information and details may be included in the creation element at the initial stage of the ledger for that specific product. Furthermore, a certification authority may as well be included for verifying the product received corresponding to the products added in the catalog system as per one or more certification rules.

The participants that are a part of the supply chain process may require providing the certification authority to validate the events well, which shall be further recorded in the digital ledger. In the scenario where a certification rule is satisfied, a record may be added to show the transfer of the product from a provider to the catalog system. The certification information may then be dynamically presented with the product description information like in response to the searches of the catalog system.

Against the already existing tech deficiencies in the supply chain process, Amazon has argued by saying that the DLT-based system shall offer a compelling solution. It has repeatedly stated that the system shall safeguard the crucial data from alteration, remove all the single points of failure, and avoid the managerial issues of the centralized authorities such as bottlenecks.

At present, Amazon is growing more critical than ever to the global supply chain. It delivered 3.5 billion packages as couriers in 2019, which is 46% of the total.