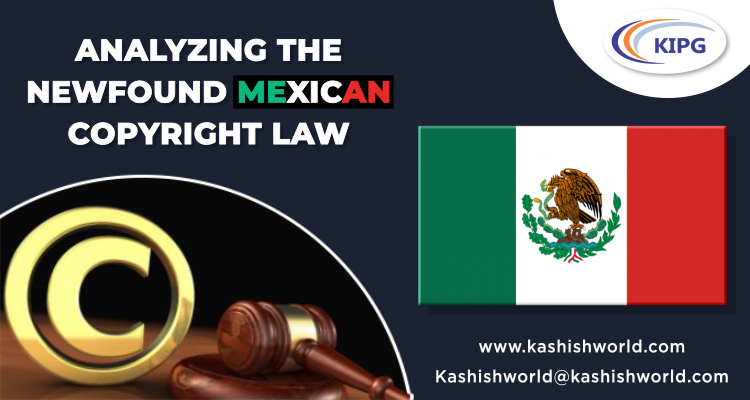 The new-modeled Mexican law on copyright is a blatant cut-copy and pasted version of the Copyright Law in the United States, as the same is a result of the culmination of the United-States-Mexico-Canada Agreement (USMCA). Take, for example, the implementation of the Digital Millennium Copyright Act (DMCA) – like legislative provision in Mexico. It has been adhered to even after its many drawbacks, like its ability to serve as a barrier to free expression, education, competition, etc. The same has introduced a burdensome regime in Mexico, which probably works in favor of the first-world countries like the US and Canada itself, but not so for Mexico.

The major legal changes introduced through the United States-Mexico-Canada Agreement (USMCA), 2020 in the Mexican Copyright Act are as mentioned hereunder:

Implications of the Newfound Law

For example, many a time, users are blocked for using music in the public domain only because someone else posted it before them. Filters cannot differentiate between content being incidental or fundamental in a given case. For instance, if there are three peacocks and five roses as an element of two different pictures, the same may be picked by the filter as being infringing in nature, and therefore, a real comparative analysis would not be possible. Filters have often been used in a strategic sense as well. For example, such filters can help wipe-out an ideological opponent’s demonstrations and rallies from surfacing online by playing copyrighted tunes in the backdrop. In such an event, the video utilizing the tune will be wiped out entirely to curtail the spread of information to the masses.

Another issue surrounding fair use is that, like other jurisdictions, Mexico also incorporates a fair-use provision. It is usually understood in terms of subjective interpretation as per the human to human interaction. A computer program cannot differentiate whether a piece of content falls under the doctrine of fair use – like if it can be considered as a parody or a commentary or a news report. It simply matches the content available in a database and identifies the similarity. Therefore, freedom of speech may be curtailed when it comes to someone making honest and fair use of content belonging to another.

Furthermore, since all judgments shall be scrutinized through an appellate or review process, imagine the number of cases that would need to go through a review to qualify human assessment, since a computer program or an algorithm may work at the speed of the data it needs to process, but their mistakes would have to be corrected by a human itself, which means at least a million cases would require scrutiny. This kind of filtering costs heavily on implementers of Mexican law contrary to the provision in the law stating that “it shall not impose substantial burdens.” YouTube has spent more than $100,000,000 for its ‘content ID’ filter, which still does not match up with the standards of the Mexican copyright law.

This is so since no one can offer them technical assistance, and therefore, this provision is nothing but a simple over-statement. This provision needs further clarification to remove ambiguity and serve the actual intent with which it was enshrined in the legislation.