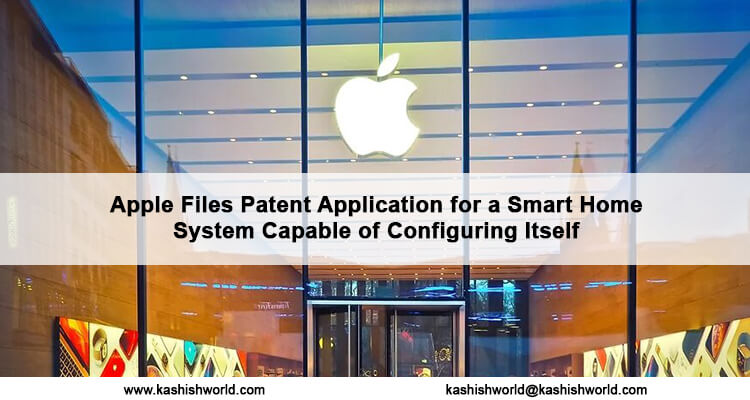 Apple’s new patent published quite recently reveals an idea for a system that could detect smart home devices automatically and then further potentially configure them as well for the room they are inside. Apple has pointed out in its Patent Filing that in the present digital age, there are a lot of brilliant smart home devices and technologies available. However, it can be exceedingly challenging to configure those devices for making a fully integrated smart home, due to various factors, including different types of connector types, wireless protocols, and incompatible devices between vendors, amongst many others. To be specific, the idea behind Apple’s new patent is to make connecting all of your smart things easier and quite convenient by detecting a new smart device automatically in the room where it is inside, along with authenticating it for you to use. For instance, if you installed a smart light switch into your drawing room, then the system corresponding to Apple’s new patent would immediately display the switch in the Home app on your iPhone and further automatically identify it as a light switch for your drawing room.

The Patent Application also describes a system with a host unit for this technology, which could potentially detect various other host units installed all-around your entire house to auto-generate a floor plan, detect inanimate objects such as sofas for knowing where they are, and even detect a person walking around your house. The system would efficiently do all such things with the help of Time-of-Flight (ToF) sensors for getting a 3D depth of the room and a signal technology such as Ultra-Wideband (UWB) radios for connecting from one host unit to other. Apple has already dipped its toes in both these technologies, as iPhones coming this year are rumored to have a ToF camera, and with the new U1 chip, iPhone 11 and 11 Pro already have UWB radios.

The patent has also explained a scenario where the system effectively detects if people are authenticated users in the house, and depending on who they are – the system then gives them different levels of access to the smart home functionalities.

As of now, it is only a patent, and whether Apple is going to implement the technology in its products anytime soon is not yet clear. However, it is indeed fun and thrilling to imagine what the smart home system could look like in the future. Additionally, with tech giants like Amazon and Google recently announcing that they are working together on an open-source smart home standard, there are some chances that Apple’s patent corresponding to an automatically configuring system could be a reality someday. Presently, Apple isn’t the first technology company considering this type of intelligent smart home system either. Intellithings, a company specializing in developing technology solutions, has a system that connects to a user’s mobile device or smartphone, senses when that user’s phone enters the room and activates smart home devices accordingly.