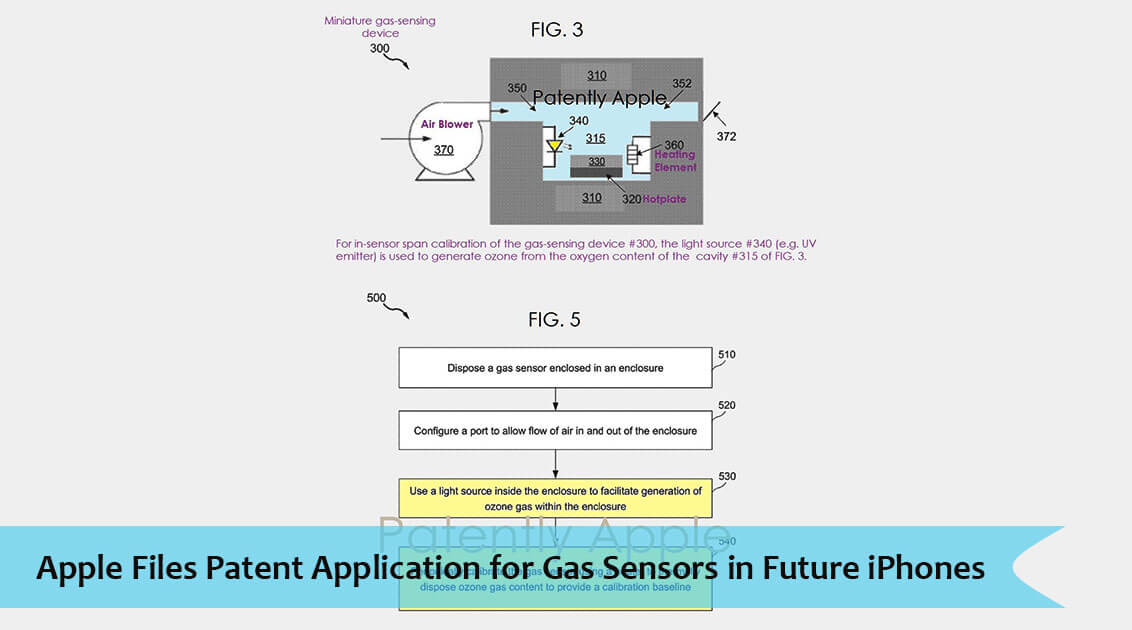 With yet another possible aspect of technology in future iPhones, Apple has recently filed a Patent Application relating to dangerous gas detection sensors with the US Patent and Trademark Office (USPTO). The patent hints at notifying the device users of the hazardous levels of gas in their environment. This time, Apple has focused intensively on adding a new ozone sensor (an in-sensor span calibration for the micro-electro-mechanical system (MEMS)) for detecting dangerous gases. Furthermore, the patent also relates to transducers, and gas sensor baseline correction using various other co-located gas sensors.

In the big picture, smaller than usual gas sensors or miniature gas sensors for consumer electronics represent a technology category that could empower up the upcoming features and items in applications such as smart homes, Internet of Things (IoT), and environmental and health monitoring. However, deactivation of the sensor materials in metal oxide sensors, along with chemical poisoning, can cause a drift in not only the sensitivity but also in the baseline resistance, posing a threat to the mass-market adoption of miniature gas sensors.

Apple’s new invention addresses all these challenges. In one or more aspects, Apple has noted that the subject technology directs to configurations and devices for an in-sensor span calibration of a micro-electro-mechanical system (MEMS) ozone (03) sensor in devices including a smartwatch or a smartphone. The subject technology uses a light source to produce the ozone gas from the air inside a gas-detecting device. Ozone gas can be produced by using either UV light of short wavelength or with corona discharge. As the UV light of short wavelength can split O2 molecules into two free oxygen radicals, they can then readily combine with O2 molecules to create ozone gas molecules (0+O2=O3). The uncovered solution is to incorporate a controllable UV light source inside an enclosure of a gas-detecting device alongside a sensor particularly for ozone gas, including a metal-oxide (MOX) or another ozone gas sensor.

Apple’s patent, as shown in the image, illustrates a method of providing a miniature gas-detecting device capable of in-sensor span calibration. A light source at no. 340 hints at facilitating the generation of the ozone gas inside the enclosure (no. 530). The gas sensor or detector is calibrated periodically by using a heating element to dispose of the ozone gas thermally for providing a calibration baseline (no. 540).

The USPTO published Apple’s new patent application on 29th August 2019. However, when would such kind of a product come to the market stays unknown as for now.