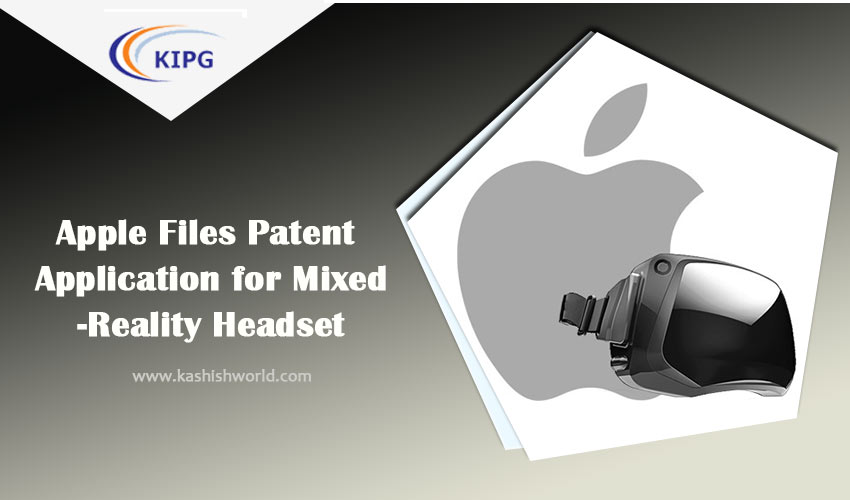 Apple, an American multinational tech giant, has recently filed a Patent Application for a mixed-reality headset that would offer 3D virtual views of a user’s environment augmented with virtual content. The patent describes the way an augmented reality headset could capture the real world with the help of outward-facing cameras and then present the same to the users on a display system. Apple had first filed this patent application earlier this year in March, but it got published only within the last week.

According to the application filed, the headset device includes a head-mounted display, collection of cameras, sensors that track the wearer’s eyes, and other sensors that track the external environment.  All these components work together to produce and display a virtual 3D image based on the real world. Additionally, there are a lot of potential variations. The headset could also include hand sensors to track position, movement, and gestures; head pose sensors to track the users’ orientation and motion; sensors that capture information about the real-world lighting conditions in detail; eyebrow sensors to track facial expressions; and lower jaw sensors for tracking movement of the mouth and jaw. Apple describes the VR system to be different from most AR glasses, and it could also use LCD or liquid crystal on silicon technology or might as well use a direct retinal projector system that scans left and right images, pixel by pixel, to the subject’s eyes.

As of now, it is not very clear whether Apple is building any product based on this patent or not. According to the rumors coming out of the supply chain, Apple has dropped its plans for the mixed-reality headset. However, the tech giant is yet to comment officially on its headset plans, including when it intends to come up with such a product.