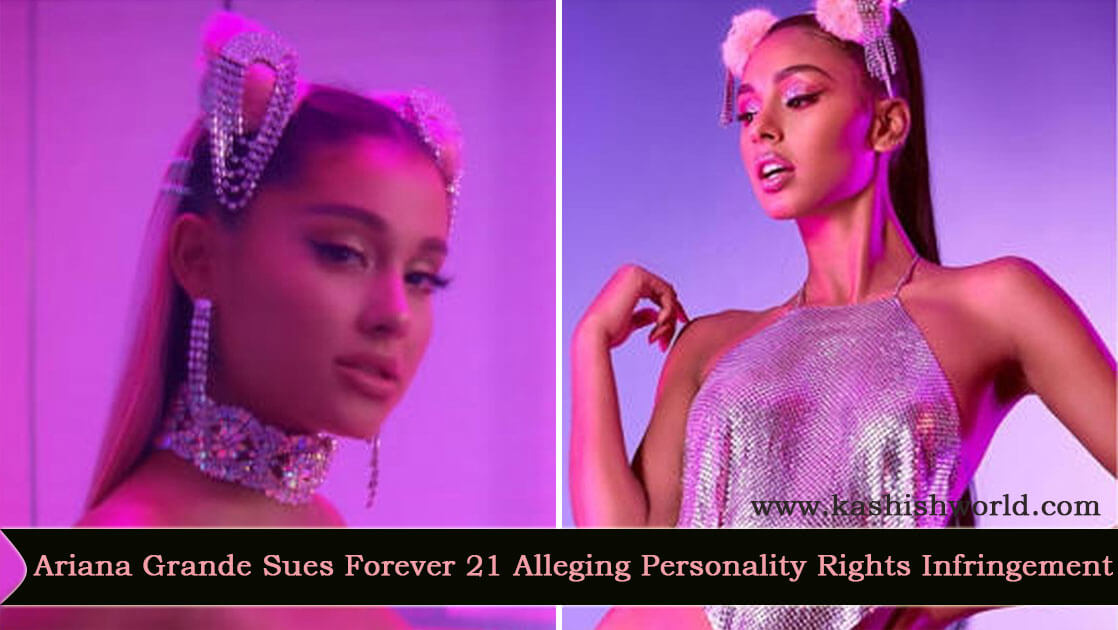 Ariana Grande, an American pop star and actress, has recently filed a lawsuit against fast-fashion giant Forever 21 claiming that the fashion retailer used her likeness in its promotional campaigns. She further claimed that the campaign was designed to suggest to the viewing public an affiliation between her and Forever 21 and that she endorsed the brand.

Filed in the Federal District Court in Los Angeles, the lawsuit revolves around plagiarized imagery from Grande’s ‘7 Rings’ music video used in Forever 21’s advertising campaign in the form of a ‘look-alike’ model – dressed strikingly similar to Grande in the video. In the complaint filed, Ariana also alleged that after she rejected to be a part of an endorsement deal in early 2019, Forever 21 and its sister brand, Riley Rose, used her likeness, name, and other Intellectual Property (IP) without her permission to promote their brands and products for free. She also stated that she had declined the deal as the compensation offered by the fashion retailer for the proposed social media marketing wasn’t sufficient for an artist of her nature.

Furthermore, Ariana asserted in her lawsuit that Forever 21 published at least 30 unauthorized videos and images to create a false perception of her endorsement. One post on the official Instagram account of Forever 21 showed a Grande lookalike model with a high ponytail, which is the pop star’s signature look, and wearing hair accessories consisting of pink puffballs and sparkly tassels, same as that of Grande in the 7 Rings music video. Another post showed a model wearing long white socks, pink high heels, purple camouflage trousers, and trailing belt, just like Grande’s other look in the same video. The lawsuit also cites posts that included images of Grande from the music video of her song Thank U, Next. Grande informed her lawyers about all the images in February. Although Forever 21 had agreed to delete all the unauthorized posts, the images were there on its social media account until April.

The pop star’s lawsuit claims that her right to publicity has been miserably violated, along with Trademark Infringement, Copyright Infringement, and fake endorsement. It also alleges that Forever 21 wanted to boost its fortunes as the fashion retailer prepares for a potential bankruptcy filing. Ariana has now demanded USD 10 million for the supposed misappropriation and other damages.