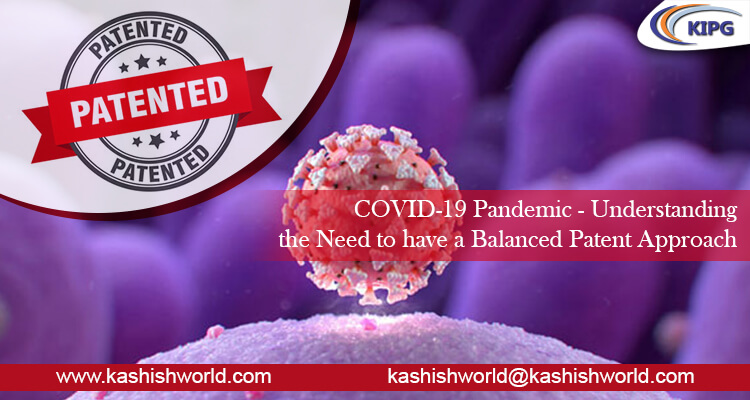 While people across the globe are eagerly waiting for the results of the trial involving the Remdesivir drug to treat the patients infected by the novel Coronavirus, many concerns have been raised in nations like India where the drug has already been patented. Gilead’s patented invention entitled “Compounds for treating Filoviridae virus infections” generally corresponds to the methods and compounds used in the treatment of Filoviridae virus infections, and specifically for treating Cueva virus, Marburg virus, and Ebola virus. Gilead had filed the Patent Application in April 2017 with the Indian Patent Office, which has been granted this year in February. Therefore, Gilead now holds the exclusive right to prevent others from manufacturing, using, selling, or importing its patented invention as per section 48 of the Indian Patents Act 1970 (IPA). However, there is no need to create panic at this stage as the IPA has some robust safeguards to manage such situations – with the most effective legal remedy relating to the provisions of compulsory licensing of the patented inventions.

The IPA consists of elaborated provisions on compulsory licenses, and the already existing provisions were added through IPA’s Amendment in 2002. The amendment has three grounds for seeking a compulsory patent license. In general, the law has exceedingly liberal grounds for seeking a compulsory patent license, and it also focuses on the matter of non-working of patented inventions, in which case, a license can only be sought after the expiry of three years from the sealing of the patent in question. In the second place, there is a provision for the grant of compulsory licenses on notification by India’s government in the scenarios of national emergency or extreme urgencies such as an epidemic or a pandemic. Also, there is a provision for compulsory licenses in the scenario of some specific patents, which are critical for the efficient working of some other patented inventions.

While dealing with some specific provisions on compulsory licensing, the IPA states that any person can apply for a compulsory patent license three years after the grant of that patent. The Patent Controller shall take into consideration multiple factors at the time of evaluating the application for compulsory licensing. Such factors include the nature of the patented invention, how the applicant’s ability to work would benefit the public, how well the applicant assumes the factors of risk involved in working on the patented invention and raising capital, and whether the applicant ever tried obtaining a license from the patent holder on reasonable terms and conditions or not. Therefore, it is crystal clear from all the provisions of the IPA that the compulsory patent license safeguards the interests of the patent holder and the licensee.

When we talk about dealing with national emergencies triggered by an epidemic or a pandemic, circumstances of extreme urgencies, or cases of public non-commercial use, the IPA has other provisions as well (apart from the ones mentioned above) where the compulsory patent license can be granted by the patent controller corresponding to an already existing patent. This provision is indeed a lot more beneficial in tackling situations like the ongoing COVID-19 pandemic. It holds immense potential for fighting national health emergencies and can be issued any time after the date of the patent grant – unlike the normal compulsory patent license (which can be issued only after three years from the date of patent grant).

As per various reports, Gilead may soon come up with voluntary licensing agreements with various Indian pharmaceutical companies to allow them to produce generic versions of Remdesivir. If confirmed, the initiative will undoubtedly lead to a mutually beneficial relationship by shaping the landscape of voluntary licensing models in the industry of pharmaceutical patents.

Many experts in the related fields believe that in the coming days, there will be discussions among the stakeholders concerning how the poor and needy people can afford the drugs covered by the product patents. Moreover, companies and organizations owning such product patents may work well with the Indian generic companies to come up with a viable licensing mechanism satisfying the requirements of both sides. If the ongoing pandemic can lead to such fruitful results, then together, we can tackle the entire situation.