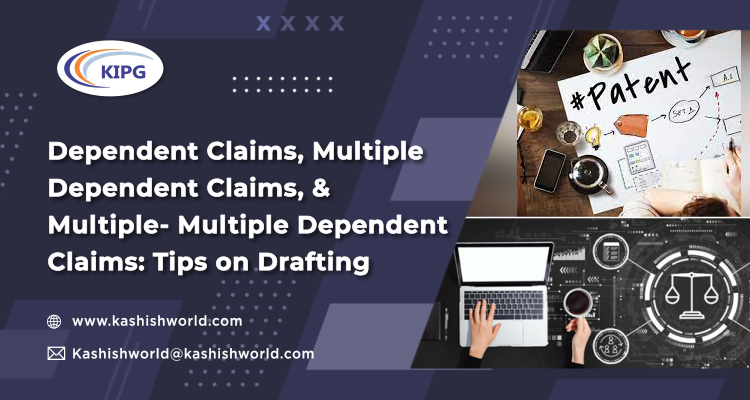 What are Dependent Claims?

A claim may be either independent or dependent in nature. When a claim is said to be independent, it means that it is a stand-alone claim containing all the limitations necessary to define an invention. However, when a claim is dependent in nature, it means that it refers to a previous claim and adds further limitations to the previous claim. It shall be understood that a dependent claim will always limit the scope. If it broadens the scope, it shall be construed as being improper and may face rejection by the examiner. 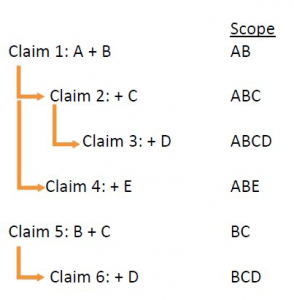 Why Draft Dependent Claims in a Patent Application?

The preliminary goal while drafting the Patent Application claims is to define an invention as broadly as possible to encompass the greatest scope of protection around the subject invention. This broad protection is often sought within the independent claims, and then it is gradually narrowed, thereby further defining the scope of the invention and claiming potential designs around by third parties, competitors, and infringers.

What is a Multiple Dependent Claim?

Consider the following as an example for a multiple dependent claim:

Claim 2: The recliner of Claim 1, where there are four foundation legs.

Claim 3: The recliner of Claim 1 or Claim 2, wherein the four legs are parallel to one another.

Claim 4: The recliner of Claim 1 or Claim 2, wherein the seat comprises a top cushion surface with vibrating instruments.

Claim 5: The recliner of Claim 1 or Claim 2 wherein the back consists of the cushioned backrest with jade-roller blades.

Hereinabove, Claims 3, 4, and 5 are multiple dependent claims in nature.

The Upside & Downside of Drafting a Multiple Dependent Claim

A major advantage of the multiple dependent claim drafting format is that it creates more permutations of the invention. It safeguards the invention more elaborately by introducing combinations of elements. The same also acts as a solid defense mechanism against infringers who may, otherwise, in the absence of such multiple dependent claims, find their way to access the patented invention.

However, even though it may have its added advantages, it can be confusing and mindboggling to a certain extent. Therefore, many jurisdictions like the United States of America have introduced an extended fee to discourage such claims. Korea also prevents the drafting of multiple-multiple dependent claims since it induces ambiguity.

Furthermore, the wordings have to be appropriate for them to be acceptable by the examiner. This condition requires that multiple dependent claims refer back to the alternative only.

A few examples of acceptable language would include:

Improperly worded multiple dependent claims would look like this:

Therefore, it is crucial to remember the following: