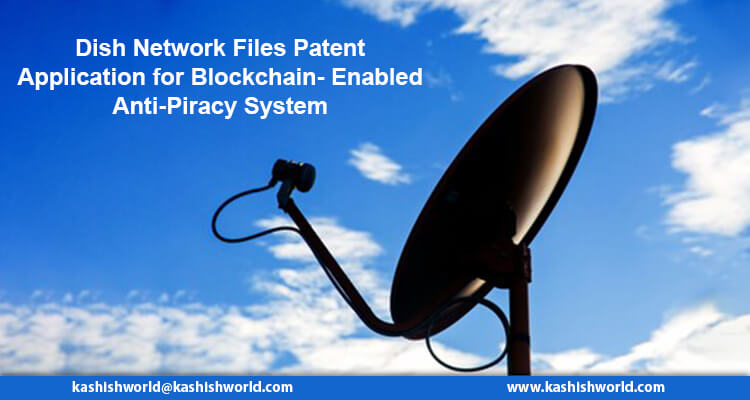 Dish Network Corporation, one of the prime US television providers, has recently filed a Patent Application for a brand new blockchain-based anti-piracy management system, which shall enable the users to track the use of their content. Dish Network’s patent application with the US Patent and Trademark Office (USPTO) summarizes a system allowing the owners to embed an identification mark into the content’s code, which can be stored and updated regularly with the help of a distributed ledger. In the patent documents published by the patent office on 9th January 2020, Dish Network has stated that its proposal shall enforce and monitor ownership rights by alerting the platform as and when there is unauthorized use of any content.

As per the Patent Filing, one of the most crucial problems with online streaming in the present digital age lies in the fact that it has become exceedingly difficult to manage content privacy. Without any second thoughts, there are various distribution platforms for the content owners to monitor effectively. It is a matter of fact that yes – it takes no time to take down the unauthorized content once identified; however, the issue here is that it has usually been viewed millions of times till then.

Originally filed in July 2018, Dish Network’s anti-piracy system would implement blockchain technology to embed the owner’s information, including his or her name and contact details, into a content form that can be uploaded and updated only by the owners themselves.

The prime idea behind the system is that it offers the distribution platforms with an incorruptible reference point for ensuring that all the published data is authorized. It shall also act as an efficient means of checking the copyright. Furthermore, the system will help the distribution platforms in ensuring that they enforce the ownership rights and take action against any publisher who uses the content without permission. However, it is still not clear whether this anti-piracy system would work on Dish Network’s blockchain or a pre-existing platform.

The system would also enable the uploaders to purchase content from the owners directly. With a featured exchanged facility, users can pay the owners in either cryptocurrencies or fiat and, in return, obtain unique identity tokens, which shall authorize them to use the content. Moreover, these identity tokens are also customizable for giving the uploaders access for a limited duration or the ability to edit the content on some platforms. If in case the uploader doesn’t have the appropriate access rights, the system shall notify him or her and the owner about the content being used without permission.

Dish Network is one of the largest satellite TV providers, with somewhere around 9.5 million subscribers across the country. However, it has struggled a lot to maintain its subscribers and worth as an increasing number of people are switching to online streaming. Consequently, the company suffered huge losses in 2018 when more than a million people had canceled their subscription. Nevertheless, Dish has been agile and quick enough to take action against the online operators by filing lawsuits and accusing them of redistributing its paid-for content without permission. It even won a $90 million lawsuit against an online streaming service in November 2018.

Several other mainstream companies have also realized the immense potential that blockchain technology holds for improving Copyright Enforcement, for instance, Chinese Internet giant, Baidu launched a photo-sharing platform in July 2018, that uses tokens to verify ownership and permission rights. Additionally, the Korean conglomerate CJ announced last year that it is developing its copyright management system for the music industry.