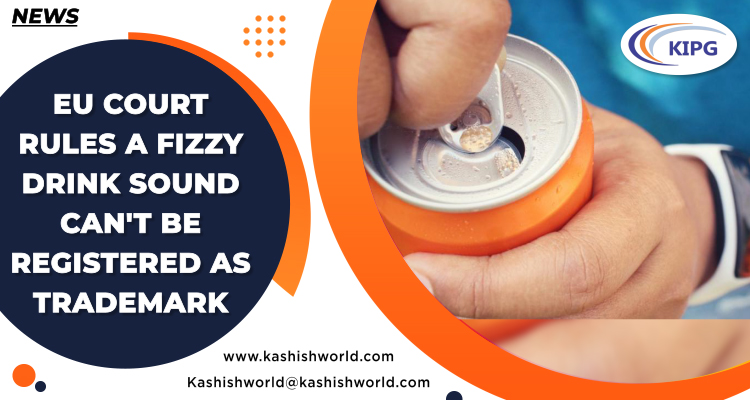 A sound trademark is a type of non-conventional trademark where a sound or musical notation performs the function of a trademark, i.e., uniquely identifying the commercial origin of services or products. For quite a while now, sounds are increasingly being registered by companies and firms in the global market. Despite the recognition granted to sound trademarks, it sometimes becomes arduous to register a sound trademark. The reason is that the requirements of graphical representation and distinctiveness, at times, create an issue for the trademark applicants.

In a case brought up by a German company, an EU court recently ruled that the sound of a drink’s can opening, followed by a few seconds of fizzing, can’t be registered as a sound trademark. Ardagh Metal Beverage Holdings (a global supplier of sustainable metal and glass packing solutions, based out of Germany) had filed a Trademark Application for the noise made by its fizzy drinks cans with the EUIPO (European Union Intellectual Property Office). However, the company felt dejected after its application got rejected on the grounds that the sound wasn’t as distinctive as required.

In a recent statement delivered, the European General Court said that the sound made when a drink’s can is opened, followed by a silence of near about one second, and a fizzing sound lasting somewhere around nine seconds, together doesn’t qualify for registration as a sound trademark.

Now that the European General Court has rejected this trademark application, the Germany-based company may appeal to the European Court of Justice.

It is worth noting here that in the 1990s, even the widely-known motorbike manufacturer, Harley Davidson, had failed famously to get the rumble of its engines registered as a sound trademark.

Ardagh Metal Beverage Holdings specializes in making metal cans, which are used in a variety of drinks, including wine and beer.