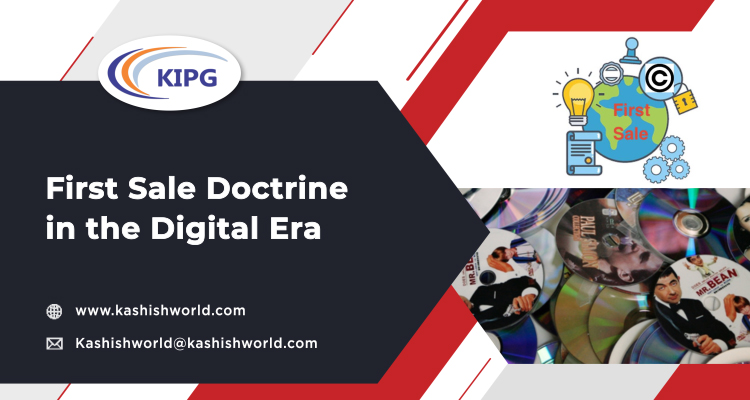 The Copyright Law has sought to inculcate various limitations within it to prevent absolute monopolization of copyrightable subject matter in the name of the creator to preserve the balance of interest. One such limitation apart from the doctrine of territoriality, limitation of rights, fair use, etc is the doctrine of exhaustion (also referred to as the first sale doctrine). Originally it was formulated unhindered and unbridled by the advent of the digital era. Since then, the doctrine has gathered the attention of the legal fraternity. Let us uncover the ‘how’ and ‘why’ behind this statement.

First Things First: What is the First Sale Doctrine?

Under copyright laws, the creator of the work is awarded certain exclusive rights of using the subject matter. Of those rights, one is the right to distribution. The right to distribution, like all rights, is not absolute and is accompanied by the limitation imposed by the fabled doctrine of the first sale, which is known to have parallel developed in the US and German copyright law in the 19th and 20th centuries.

As per this doctrine, the rights holder can control the right to distribution over a particular original work or a copy thereof up to the time when the first legal transfer was made with the consent of the owner. Thereafter, the person upon who such original work or a copy thereof is delivered gains the right of further exploitation, and no consent after the right of first legal sale exercised by the rights holder is required. Therefore, there is no right of re-distribution vested with the rights holder. It also legitimizes the idea of libraries for first and second-hand books, magazines, and comic books.

The doctrine stands good when scanned through the lens of the economy and the good it serves to society as a whole. The following are the advantages of the first sale doctrine:

Implication of the Digital Era on the First Sale Doctrine 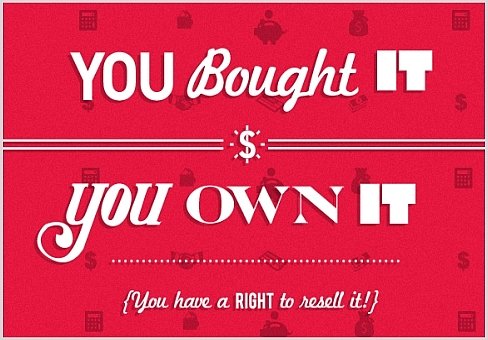 Stating the law from the books, the WIPO Copyright Treaty (WCT) and the WIPO Performance and Phonograms Treaty (WPPT) have planted the principle of first sale doctrine to give national legislators the choice of enshrining domestic, regional, or international forms of exhaustion in their respective copyright laws.

Now how far does this doctrine apply to original works of creativity projected in digital formats? Is one permitted to resell a song or eBook or a movie downloaded after making a legal purchase of the same?

Since there is no crystal clarity as to the scope of this doctrine to cover the digital domain, the rights holders are often witnessed in an attempt to extend their rights of distribution through enforcing licensing agreements. These agreements give the rights holder the right to retain distribution rights by preventing the licensee, i.e., the consumer, from exercising exclusive rights over the copy he receives lawfully. It means that the right in the copy is reserved by and in favor of the rights holder for an indefinite period. It does deviate from the premise of copyright laws, but this practice is widely seen, specifically with eBook providers selling their services online.

Much recently, in the case of Vernor v. Autodesk, the Court of Appeals in the US held that the author of the copyright in a creative work shall not use the contract law to such effect to impose extensive restriction on the use of a material copy of software since it undermines this doctrine. This case is a crucial precedent since it sets a new trend in motion.

Another important ruling was the case of Capitol Records v. ReDigi, where ReDigi, a startup that made a market of ‘used-music’ files, was seen creating a copy of the music from iTunes on the buyer’s end while deleting the same copy on the seller’s end. It ensured that two copies of a file do not exist simultaneously enabled by barter between the seller and buyer. It is known as a ‘forward and delete system,’ but this wasn’t a foolproof system since it had its drawbacks. The court held that ReDigi infringed the former’s copyright since it made the unauthorized sale of music files on its portal, which abridged the right of reproduction and distribution of the plaintiff. The same did not hold well under the fair use defense as well.

The business and market for second-hand e music (electronic music) have gone down the slope since websites like Napster have enabled easy downloading and piracy. It is, however, clear that where files are received through such portals, it is contemplated that the copy of the music or movie is not lawfully received; hence any subsequent distribution would not be governed by the first sale doctrine since it is a case of blatant infringement.

In these times, the right management regimes have proven to be more effective than the past deployed techniques. Consider the Digital Millennium Copyright Act (DMCA) protecting the security measures that safeguard the underlying copyrighted subject matter. Also, there is the Serial Copy Management System (SCMS) that prevents the subsequent recordal of digital music files. It could be in the form of the software deleting the music file after a fixed number of replays or expiry of days or by preventing further forwarding of the file. These regimes would come to be questioned if the first sale doctrine is applied as a straight-jacketed formula on digital works as well.

Since at least the fact that the first sale doctrine applied to physical copies of the work is clear, it would be better off the choice to maintain the said position and not extend it to digital copies of the protected work, according to some, since it offers consumers a wider range of choices and better access to copyrighted materials to the common audience. It is so because we have software developers and online portals like Netflix, iTunes, Hulu, etc. that give the option of subscriptions, live streaming music, paid downloads accessible only on the said apps that maintain the rights of the copyright holder while also maintaining legitimate distribution without giving a push to piracy.

The literature on the digital transformation of the first sale doctrine will still take some time to build since technology is steadily transforming, and the law needs to keep pace with that development. Until then, constant contemplation in the light of recent advancement is necessary, and hence, ongoing.