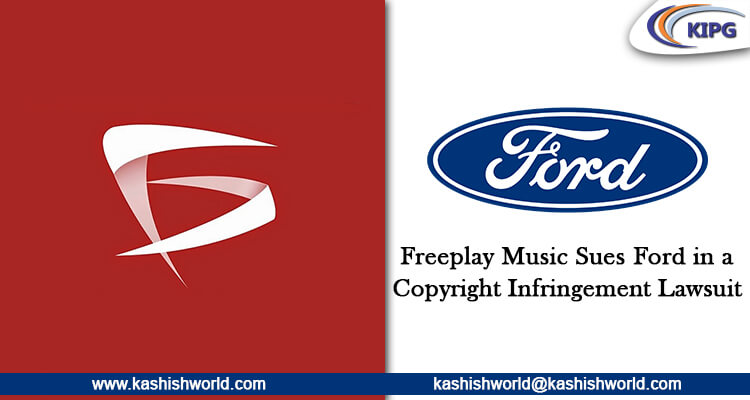 Freeplay Music, an American production music library, has quite recently sued the Ford Motor Company (widely known as Ford – an American multinational automaker) and is looking forward to seeking at least $8.1 million in damages. The music firm has accused the American automaker of using its music in the promotional content without seeking any legal consent.

Irrespective of having the word ‘free’ in its official name and constantly boasting about how it provides even more than 50,000 free songs for YouTube and other such platforms, Freeplay charges for the commercial use of its music the way most of the other conventional music libraries do. The term ‘free’ bragged about on its official website’s homepage corresponds only to a specific service for users posting videos on YouTube. However, the website emphasizes that the same applies only to the personal videos generating no revenue, which are published only on the Google Video website. Now, in this scenario, Freeplay’s music can be used for free, with the music firm generating royalties for itself through YouTube’s Content ID platform as and when such personal videos are played. That said, a license is still very much needed, even corresponding to the free usage of the music. Furthermore, for all other uses – which include businesses posting videos on YouTube – a fee must also be paid.

In the Copyright Infringement lawsuit filed last week against Ford, Freeplay has alleged that Ford made use of its songs, that too, without paying any royalties or seeking any license. An audio-recognition platform, TuneSat, had first spotted the said infringement by Ford, to which, Freeplay has stated that since then, it could identify 54 of its platform’s tracks being used in the promotional content put forward by Ford.

The music firm has also mentioned in its legal filing that there are various other unauthorized uses as well, which haven’t been discovered yet. Freeplay believes that it is indeed arduous for it to come across every other unauthorized use of its works on the internet. It further stated that discovering the ones involved herein is nothing short of a miracle for the music firm and finding such issues of infringement is akin to finding a needle in a haystack.

Freeplay has also specified in its lawsuit filed that the reason why the defendant decided to engage in this massive and willful instance of copyright infringement is that it had counted on the difficulty of getting caught.

As far as the damages are concerned, Freeplay has stated that it should be awarded the maximum statutory damages allowed under the Copyright Law in the US, which are $150,000 per infringement; hence, a total of eight million.