Understanding the term GST and its Impact on the Indian Economy 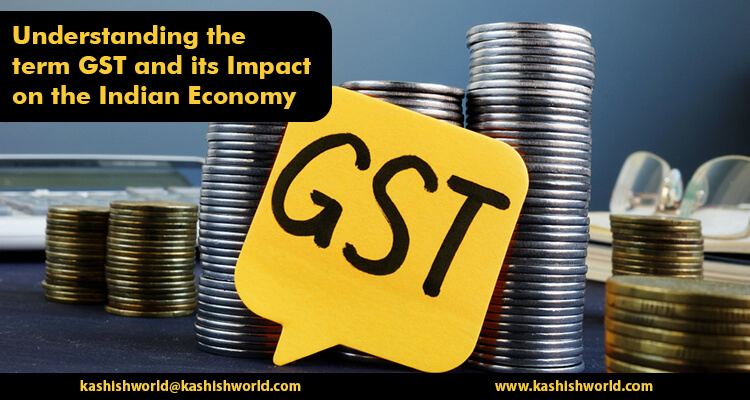 GST – the most significant tax reform in India founded on the notion of one nation, one market, and one tax – came into effect on 1st July 2017. By replacing all the existing indirect taxes with an all-inclusive tax, the GST rollout has converted India into a unified market of 1.3 billion citizens, that too, with a single stroke. Through GST, all indirect taxes, including service tax, central excise tax, internal tariff barriers, VAT, state and local taxes, and entertainment tax, were consolidated. With this crucial step, the citizens of India now file their taxes conveniently without facing the hassles that they experienced previously. Traders and manufacturers benefit from transparent rules and fewer tax filings, consumers pay less for the goods and services, and the government generates more revenues.

GST and its Types

Based on the type of transaction, GST is categorized into the following four types:

Understanding the Effect of GST on the Indian Economy

The implementation of GST has affected the Indian economy significantly in several ways, which are as follows:

1. Simplification of the Overall Tax Structure

Without any second thoughts, GST has indeed simplified the entire taxation system of the nation. As GST is a single comprehensive tax, the manufacturing and supply chains have become a lot more manageable than ever before. Both the customers and manufacturers now have a clear and concise idea of the amount of tax they are charged along with its basis. Additionally, the hassles of handling tax authorities and officials are also avoided efficiently.

According to the Indian retail industry, the complete tax component is somewhere around 30% of the product or service cost. With the impact of GST, the taxes have gone down, as a result of which, the end customers have to pay pretty lesser taxes. Without any doubt, the reduced burden of taxes has enhanced production and growth in the retail sector and other industries.

Under the Composition Scheme introduced by GST, the Small and Medium Enterprises (SMEs), can register their businesses efficiently and further pay taxes as per their annual turnover. Hence, businesses with an annual turnover of Rs 1.5 crores have to pay only 1% GST.

Companies and business firms can now avoid taxation roadblocks like check posts and toll plazas. Previously, these created a lot of issues, such as damaging the unpreserved products while transporting them. Such additional costs of storing and warehousing hampered the profits of the companies. However, now with a single taxation system, the companies can conveniently transport their goods across the entire nation, which has, in turn, led to the improvement of their pan India operations.

GST has effectively reduced the customs duty on exporting goods. Moreover, due to GST, the overall cost of production in the local markets has decreased as well. All these critical factors have led to an increase in the rate of exports in India. Companies have become way more competitive, especially when it comes to expanding their businesses worldwide.

The introduction of GST has helped significantly in merging the taxes of the state and central governments by removing the cascading effect of multiple taxes. Hence, the burden of taxes has reduced for both companies and consumers to a great extent. Furthermore, the number of taxpayers has increased, as a result of which, there has been a significant increase in the overall revenue generated. The entire taxation system has become a lot easier to administrate, and SMEs have begun enhancing their businesses. Many industry experts believe that GST shall offer immense help to Indian organizations in establishing their brand and business in the global market.