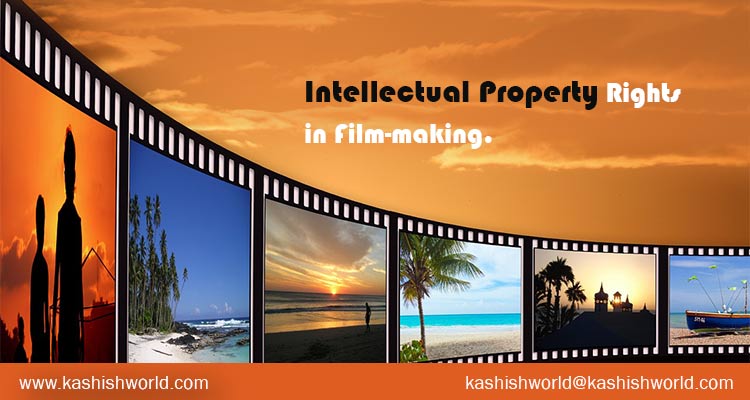 Movies are loved by almost everyone across the globe as they are thrilling, exciting, and entertaining like no other art form. However, filmmaking is a complex process which involves many different players. But how do Intellectual Property Rights fit into the picture? The answer is, from script to screen, Intellectual Property (IP) rights shape each and every stage of the film-maker’s journey. They assist the producers in attracting the funds which are required to get a film project started. Moreover, IP rights also encourage technological innovations to go beyond the limits and make the seemingly impossible, possible.

COPYRIGHTS PROTECTING THE RIGHTS OF CREATORS

Among all other Intellectual Property Rights, Copyrights are considered as the backbone of the filmmaking enterprise. Copyrights protect the rights of creators or owners by preventing unauthorized use of their original works. A long list of credits at the end of the movie is given to get a hint of the number of people involved in the entire process. Nevertheless, it is a complicated, collaborative endeavor giving rise to various layers of IP rights corresponding to different elements of production like screenplay, music, direction, and performances.

The rights related to these different elements of production can be licensed, transferred, and documented to allow the producer who will be given the responsibility to turn innovative ideas into a marketable concept. IP rights are also involved in claiming ownership rights, raising the necessary finance, and distributing license rights for a film to reach the target audience.

Throughout the entire process of filmmaking, producers negotiate different agreements that define how IP Rights will be used and remunerated, arising from multiple creative contributors. These agreements, known as “chain of title documentation”, are supported under the Copyright Law and Contract Law.

Like in other businesses, Trademarks also feature prominently in the art of filmmaking. Movie studios use trademarks to secure their movie title, key characters and film elements like Harry Potter, James Bond, and so forth. By registering these film elements as trademarks, licensing, and merchandising agreements can offer aid in defraying costs involved in film production, and promotion.

THE JOURNEY BEGINS WITH THE SCRIPT

The script is an original creation to which IP Rights are attached. Typically, the producer hires a scriptwriter whose contract varies as per the prevailing copyright law. Additionally, the producer will have to include an option agreement to secure the rights if the film is an adaption of any existing work. With these rights, the producer is granted permission for a specified period by the owner of the existing work to produce the film. If this option is undertaken and the film is made, then the producer pays the copyright owner an official agreed upon fee for the rights to use the work in the film. The original copyright owner reserves certain rights like publication rights, stage rights, and radio rights to avoid any unforeseen legal problems. Furthermore, purchase agreements are also made to secure rights for screenplay, TV, and to release the film in ancillary markets like home videos, pay per view, Internet streaming, VOD, and others.

IP Rights become the most valuable assets of the producer when it comes to securing the necessary funds to produce a film. The producer also identifies the right director of the film by signing an agreement. Such agreements cover a wide range of issues, and as per the jurisdiction, the director can be uniquely identified as the joint owner of the film with corresponding rights; as an employee with a paid salary; or as both. Often, the directors receive royalties from film distribution and in certain scenarios may be in a position to decide on the final version of the film shown in movie theatres.

Once the film is made, producers enter into official agreements with various distributors for remuneration and distribution of the film to key markets. A producer may either deal with an integrated company for releasing the film in either VCD or DVD formats in local theatres or license it to local TV stations and buyers at film festivals. Such distribution agreements usually include certain clauses that make sure the distributor has legitimate rights to make any modifications to the film required for the purpose of distribution. As the entire process of filmmaking involves different number and types of Intellectual Property agreements, filmmakers purchase errors and omission (E&O) insurance to prevent any problems which might arise due to the acquisition of rights.

As the process of filmmaking is all about innovation, a great deal of technical equipment is needed to make a movie. The camera and other equipment required for lighting, editing, sound, special effects are a few technological breakthroughs that are given Patent Protection.

The ill-effects of Intellectual Property Rights in the global film industry are not a new thing to explore. Even though many countries across the world have banned the use of peer-to-peer sharing websites, pirated movie content is still available freely. Additionally, the distribution of counterfeit products like movie CDs, continue to be a threat due to their ease of availability. Another area that has been neglected for quite a while now is not giving due credit to the original owner. Several Copyright Infringement cases of film titles, remakes rights, songs, and lyrics have also gained limelight. Although the film industry has taken initiatives to increase awareness with the help of social media platforms in this digitally interconnected world, people are still using and passing someone else’s work as their own creation.

PROTECTING IPR IN THE FILM INDUSTRY

Although IPR risks can never be completely eliminated and avoided in the film industry, the steps mentioned below can be adopted for enhancing the efficacy to mitigate potential risks:

In a nutshell, the film industry’s most valuable asset is Intellectual Property, which can be protected by copyrights, trademarks, patents, and the right of publicity for distribution deals. As a majority of terms in this industry, including songs, scripts, and choreographed works deal with the concern of ownership, the integrity of Intellectual Property Rights must uphold despite the challenges and risks faced.