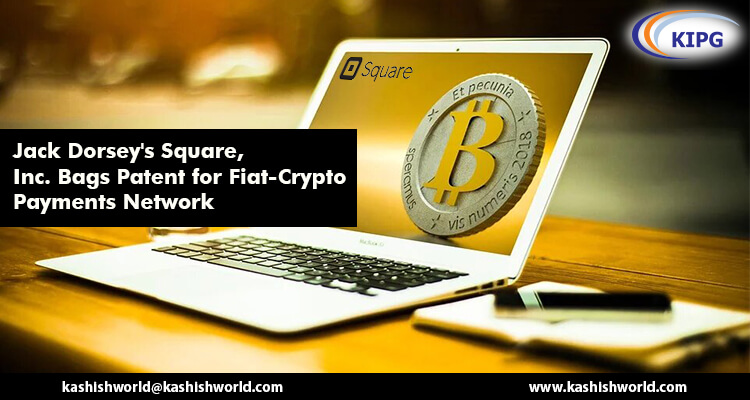 The United States Patent and Trademark Office (USPTO) has recently granted Jack Dorsey’s Square (a financial service, mobile payment, and merchant service aggregator company based in San Francisco, California) a US patent corresponding to a cryptocurrency payment network. The payment processing network enables users of different asset types across the globe to transact with one another in real-time. It is also capable of converting payments made in fiat to non-fiat instruments and contrariwise.

In its Patent Application filed, Square has explained that the payment processing system allows the first party in a transaction to pay in any currency while allowing the second party to be paid in another currency. The system can prove to be exceedingly beneficial for the ones in the retail sector. It also holds immense potential for further removing a barrier in commerce when it comes to using cryptocurrencies.

It is a matter of fact that yes – most of the cryptocurrencies are quite slow in providing payment solutions and are way too volatile. Merchants usually keep themselves away from the payment methods that take pretty long hours to process and go through a rapid rise and fall in the values involved. What sets Jack Dorsey’s new payment processing system apart from the others in the industry, is its exclusive features of automatic exchange and real-time settlements. Consequently, the customers or users can make payments in their preferred assets, including cryptocurrencies, and the merchants shall get paid the entire value in any asset that they prefer.

Another prime advantage of the technology lies in its ability to process crypto transactions in real-time. The Patent Filing has quoted that cryptocurrency payments, chiefly the ones involving Bitcoin (a virtual or digital currency using peer-to-peer technology for facilitating payments instantly), can take a minimum of ten minutes to confirm. Square’s new payment processing system, can considerably reduce or take the waiting time to seconds, which can make the crypto transactions comparable to the ones using credit cards.

If we see the stance of Jack Dorsey (Square’s CEO) on cryptocurrency, we can figure out that the introduction of the new payment processing system – taking into account the problems of using cryptocurrencies as a payment solution – doesn’t come as much of a surprise. In 2018, Jack stated that he is looking forward to seeing Bitcoin as the single currency of the Internet in the coming years. He further mentioned that payment processing companies like Square require ensuring that Bitcoin, in general, becomes more widely accepted. But at the same time, he also said that presently, Bitcoin doesn’t possess the capabilities for becoming a productive currency. Nevertheless, Jack remained optimistic that it will change in the future.