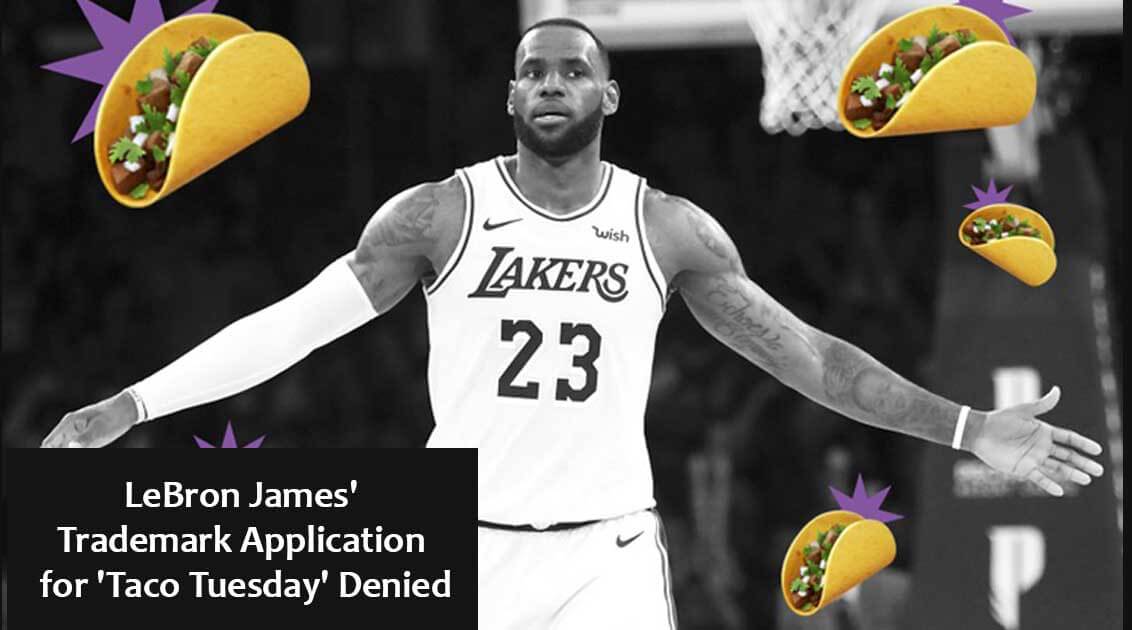 Recently, the United States Patent and Trademark Office (USPTO), has turned down the Los Angeles Lakers basketball star LeBron James’ Trademark Application for the phrase ‘Taco Tuesday.’ The USPTO stated that the proposed mark is a commonplace term. It further explained by saying that the phrase ‘Taco Tuesday’ is an expression or a message used by various sources to a great extent and solely conveys a familiar, well-recognized, or ordinary concept. Moreover, the office presented various news articles as evidence to show that people around the world widely use the phrase ‘Taco Tuesday’ to express their enthusiasm for tacos by celebrating and promoting them on the dedicated weekday, i.e., Tuesday.

The USPTO also referred to the similarity of ‘Taco Tuesday’ to another already existing trademark, ‘Techno Taco Tuesday’ owned by an entertainment company in Las Vegas. The office stated that removing a word from a Registered Trademark doesn’t overcome a likelihood of confusion.

James had filed the trademark application last month on August 15, 2019, through his company LBJ Trademarks LLC, to use the phrase for online entertainment services, podcasting services, and his social media posts related to entertainment, sports, current events, and popular culture. His company also revealed their plans for using the phrase in marketing and advertising services.

According to The Los Angeles Times (a daily newspaper published in Los Angeles, California), a restaurant in Cheyenne, Wyo., already owns a trademark for the same phrase and has been aggressively protecting its Intellectual Property (IP) for quite a while now.

It seems as if Mr. James’ attempt to trademark the phrase was seen as a possible means to free it for use by everyone.

For challenging the USPTO’s move or refusal of the phrase, James and his team now have six months to respond. However, according to a lawyer specializing in trademarks, the refusal is pretty hard to overcome.