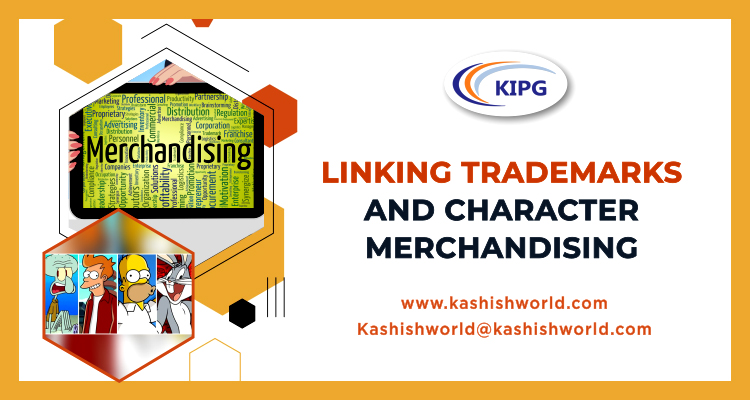 “Good merchandising will always take the consumer from deciding whether that are going to buy which are they going to buy.”

– Steward Goldsmith, the Vice President of Sales for Todson

Characters, in general, elaborately cover both fictional beings (for instance, Mr. Bean and Mickey Mouse) and non-fictional beings (for instance, Usain Bolt and Michael Phelps). These characters and their peculiar traits, including their name, image, appearance, or voice, help distinguish them from others as they are easily recognizable by the public at large. The same can be used to the benefit of the trade by deploying them as a marketing method to attract consumers and gain fame.

Defining the Ambit of Trademark Merchandising

‘Trademark Merchandising’ is more popularly known as ‘Character Merchandising,’ which is the second adaptation of a fictional or non-fictional character by using them concerning goods and services to gain prospective customers due to such close affinity. Often, the creator of the character is not the proprietor of goods and services; instead, a contractual agreement plays a much vital role in this regard. Consider the examples as mentioned here below:

The concept of such merchandising is not new, and the very first traces can be found in the 1930s when Walt Disney Studios chose to exploit its cartoon characters in a secondary format by granting licenses to manufacturers for the distribution of products, such as posters, t-shirts, toys, badges, etc. This technique can open a commercially flooded gate, as also seen in 1979 when Kenner Products made great profits by selling over $100 million worth of merchandised goods by using characters in the Star Wars movie.

I. Merchandising of Fictional Characters: This is the earliest form of Character merchandising observed so far. It utilizes prime features (name or appearance) of a fictional personality in advertising and marketing the goods. Consider the following real-time examples:

II. Personality Merchandising: This involves the utilization of essential attributes like the name, image, voice, or any other distinguishable feature of a real person in furtherance of marketing or advertising a good or service. Therefore, this type of merchandising is sometimes also mentioned as ‘reputation merchandising.’ The rationale of using this route is that consumers are lured into buying products since the image of celebrities or characters appeals to the public, and it is solely not because of the vitality of the product. For bifurcating this category clearly, famous personalities from either the film or music industry are deployed, or those from a particular field like sports are used. Consider the example of a brand of musical instruments being merchandised by using the image of a famous Rockstar. Merchbar sells a lot of merchandise, including vinyl records, hoodies, face masks, by embarking famous musicians and music artists. 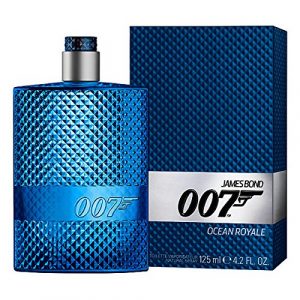 III. Image Merchandising: It involves the use of characters in film or television entertainment. In this type of merchandising, the characters are so deeply intermingled and associated with the real person that it becomes difficult to differentiate the artist from the fictitious character he plays; for example, the character of James Bond 007, played by Sean Connery and Roger Moore, or Mr. Bean, played by Rowan Atkinson. While using this route, goods or services are marketed while merchandising the distinctive elements of a film that might have been remarkable, for instance, the introductory scenes of the James Bond film.

Trademarks seamlessly play a greater role in our daily lives, and we come to be associated with them in one way or another, ranging from posters, televisions, radio, circulation of newspapers, etc. The traditional forms of advertising and marketing include trademarks utilizing words, logos, or even tag lines. On the other hand, the non-traditional forms could include trademarks utilizing holograms, complex logos, which are pictorial, or even the shape of the good itself. However, a mark may qualify as a legitimate trademark only if it satisfies the basic requirements laid within the legislation, which are as follows:

Therefore, if the given conditions are satisfied, the character being merchandised may qualify as a trademark. Also, as per the aesthetic functionality doctrine, a 3D configuration may not be accepted for Trademark Registration unless it has acquired secondary meaning (degree of renown) in connection to the goods or services. For example, the name of the character Snoopy has secondary relevance, and so does James Bond, Zorro, and Tintin. Even the drawings of their appearance can be trademarked.

The grant of monopolistic rights over such marks does not protect the rights in the fictional character or the personality of the real person in itself. It only safeguards the embodiment of such a mark concerning the goods and services for which it is registered. Contracts usually lay the boundary of such rights, and therefore, a license should incorporate the following details:

It was visible in Twentieth Century Fox Film Corporation vs. South Australian Brewing Co. Ltd, wherein an application for the use of the word ‘Duff’ for the brewery was sought by the producer of the Simpsons television show. The said word was the drink used by the protagonist of the show, and the producers had also granted licenses for character merchandising of the ‘duff’ beer. Therefore, the court concluded that the brewery (defendant) had engaged in deceptive conduct, and therefore, committed passing-off while making unauthorized use of the word in the association of its breweries.

With the aid of the provisions within trademark legislation, often merchandising of non-fictional characters is pursued by using either stage names or logos attached to their identity; for instance, the serpentine mark to associate to the characters in Riverdale, the use of the ‘tongue and lip’ logo by Rolling Stones, use of Lady Gaga by Stefani Joanne Angelina Germanotta.

Character merchandising is closely related to the rights of the performers, who, in this case, are often celebrities. The rights of celebrities, including their right to privacy and controlling the commercial use of their identity, are often in peril. Therefore, where unauthorized use of such advertisements, movies, or pictures is made to pass off the goods or services of a third party, it surely does also cause intrusion in the private life of such individuals. The choice of whether to promote or not a particular product line should not be compromised as it has certain impacts not only on the manufacturer of those authorized goods or services but also on the reputation of those celebrities or renowned faces that aid in their promotion. The said issue is not always addressed with the level of seriousness it deserves to prevent unfair business practices.

Character merchandising is a known subject that has lately gained importance in the past few decades and is still growing with the licensors being able to merchandise different aspects of the characters. Therefore, in the current situation, with the absence of umbrella legislation to tackle the issues emanating from character merchandising, the domestic laws will have to keep pace with the changing nature of the said concept to prevent exploitation and unauthorized use of the same.