Malaysian Entrepreneurs Will Soon Have Access To Worldwide Trademark Protection 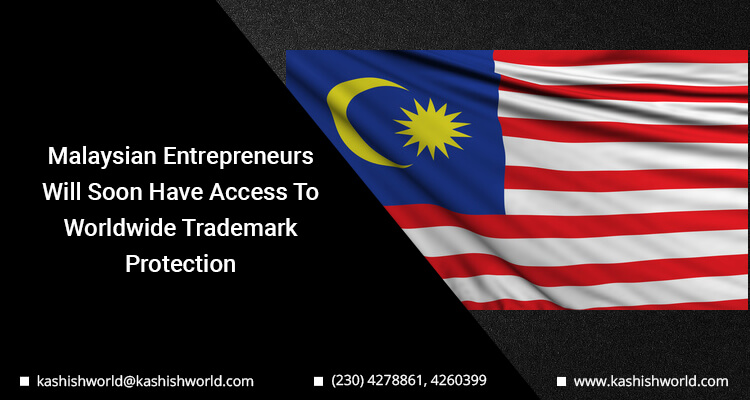 As per the newly-amended Trade Marks Act 2019, Malaysian entrepreneurs who file their trademarks under the Intellectual Property Corporation of Malaysia (MyIPO) will soon have access to worldwide Trademark Protection. Datuk Seri Saifuddin Nasution Ismail, the Minister of Domestic Trade and Consumer Affairs, announced the news on 23rd October 2019 by stating that this step aims at safeguarding the local entrepreneurs’ brands and companies from being imitated worldwide. He mentioned that Malaysia has indeed seen cases, where well-established local products were imitated since they weren’t trademarked by the trademark holder, and implementing this Act will prevent the occurrence of similar cases. He further said that the new Trade Marks Act 2019 shall allow entrepreneurs to trademark both non-traditional and traditional marks.

The previous Trade Marks Act of 1976 allowed entrepreneurs to trademark only traditional marks, including brands, names, labels, tickets, words, sentences, logos, signatures, or a combination of these. However, under the new Act, entrepreneurs can now file a Trademark Application for a range of other different marks like motion marks, sounds, holograms, patterns, positions, smells, shapes of products, etc.

The new Act also follows the recently-adopted Madrid System Relating to the Madrid Agreement Concerning the International Registration of Marks (Madrid Protocol), adopted in Madrid on 27th June 1989. The Madrid System has Malaysia as its 106th member. Other ASEAN countries acceding to the protocol include Indonesia, Singapore, Vietnam, Thailand, the Philippines, Cambodia, Laos, and Brunei. The Madrid System allows these countries to safeguard their brand in 122 countries, including Australia, the United Kingdom, Brazil, and the United States of America. Trademark owners in Malaysia would need to file only a single trademark application with MyIPO to register or file their local brands in the countries, which are a part of the Madrid System.

The Madrid System is an international treaty which is administered by the International Bureau of WIPO (World Intellectual Property Office). It allows the owners to seek trademark protection in several countries simultaneously by filing a single trademark application with a single office, that too in just one language, and by paying the fee only once.

Malaysian entrepreneurs can register their brands as trademarks under the new Trade Marks Act 2019, starting from 27th December 2019. MyIPO expects to have somewhere around 4000 new Trademark Registrations coming in the month of December. Saifuddin has also urged the entrepreneurs to register their brands or companies under the new Act as it will benefit them in many aspects, including customer loyalty and brand sustainability. Furthermore, the Customs Department will also be given the due authority to block the entry of counterfeit goods and products under the names of local entrepreneurs and notify the concerned authorities of the matter.