Microsoft, Apple, BMW, and Others Urge EU to Halt the Rise of Patent Trolls 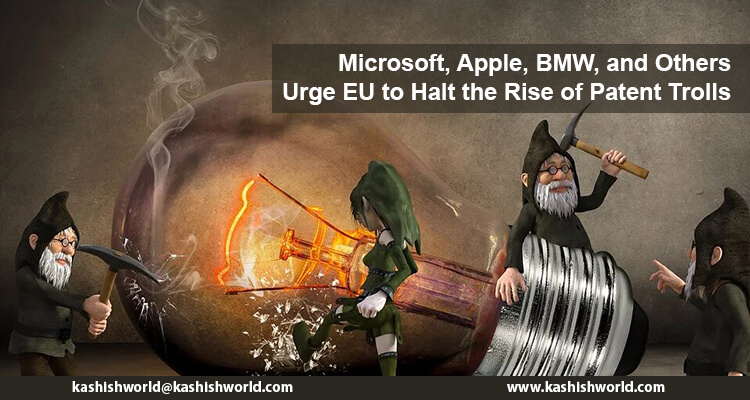 Quite recently, the coalition of 35 companies and four industry groups, including Microsoft, Apple, and BMW, have written a letter to Thierry Breton, the EU Commissioner for technology and industrial policy. The group wants Breton to create new rules and regulations corresponding to making it exceedingly arduous for patent-trolling companies to “game the system” by abusing the existing laws.

To be specific, the group wants the EU courts to make their decisions and rulings less severe as previously there were a few judges who issued blanket bans on various products across several countries despite only one case of Patent Infringement (concerning a single patent).

Usually, what some companies do is they file Patent Applications only to prevent other business firms profiting from new concepts and ideas that they create. Typically, patent trolls don’t come up with any products of their own and have a business model for acquiring patents. Then, they look for ways to sue other firms that may have infringed on those patents for securing a payout.

Without any second thoughts, the ultimate threat of having a lot of products banned in the EU, that too, over a single case of patent infringement is undoubtedly a deterrent to all the companies who may otherwise, fight the demands of the patent firms. Instead, there should be an incentive to surrender or a few ways of negotiating with a settlement before coming to that stage.

The group further argued by saying that the actions of patent trolls and the possible threat of legal issues are making it increasingly complex for them to come up with new inventions and innovations. However, Apple Inc. also mentioned the fact at times, the resources and expense needed to fight lengthy lawsuits could be at issue as well.

Among the long cases that are ongoing involve Apple and its fight with Straight Path IP Group over four patents corresponding to point-to-point communication between devices and video conferencing. Additionally, Uniloc (a Patent Assertion Entity best-known for its controversial patent lawsuits) has repeatedly attacked Apple alleging patent infringement, with the most recent one relating to the process of performing software upgrades.

With Intel, Apple has also filed a lawsuit against Softbank-owned Fortress Investment Group by alleging that its repeated patent litigation infringes the US antitrust laws. In late 2018, Apple became the subject of a potential sales ban in Germany after a German court ruled that the tech giant infringed on a Qualcomm patent. During that time, it was claimed iPhones used Intel modems that infringed on several patents. Consequently, all such iPhones were banned from sale across the entire nation.

IP2Innovate’s (a coalition of industry groups and small and large business companies in Europe advocating for a balanced, flexible, and robust patent legal system) executive director, Patrick Oliver, stated that as per the experience of the member companies, Patent System in Europe is not working adequately and is undermining the nation’s capability to compete globally with the latest technologies. He also said that he wants Breton to draft a set of guidelines for addressing the imbalances in the patent system.

As per various reports and surveys conducted, the so-called patent trolls have indeed become more prevalent in Europe than ever before, with the figures increasing steadily as each year passes. One report has even suggested that between 2007 and 2017, patent troll lawsuits have grown by an average of 20% per year.