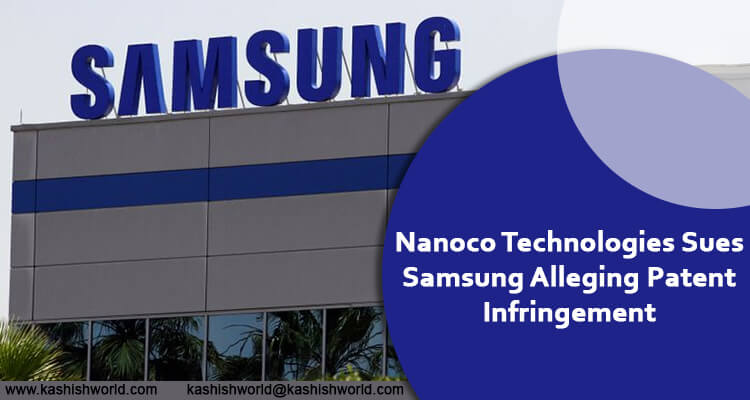 The patents in the lawsuit filed are the US Patent Nos. 7,588,828, 7,803,423, 7,867,557, 8,524,365, and 9,680,068. The British nanotechnology company has developed the nanoparticle and quantum dot technology. Quantum dots, which are created using Nanoco’s patented inventions, have enhanced the visual aspects of consumer electronic display devices and further made their large-scale synthesis and implementation commercially viable. Therefore, quantum dots created by Nanoco’s patent inventions have now become exceedingly fundamental components of multiple premium-quality LED TV models. The innovative technologies in the patents generally correspond to heavy metal-free quantum dots, their synthesis, and the consequent use of quantum dot film resins in electronic display devices.

In its lawsuit filed, Nanoco has stated that various companies and organizations have either licensed its patented technology or entered a joint development or supply agreements. Samsung, on the other hand, didn’t do the same and, therefore, ended up infringing on Nanoco’s patents by using the relating technology. Nanoco claimed that Samsung also engaged with it in early 2010 for evaluating its quantum dot technology and using the same in the emission material of Samsung’s LCD modules – which resulted in Nanoco providing samples of its quantum dots to Samsung. After Nanoco disclosed its technology to Samsung, Samsung launched a TV consisting of quantum dots for the very first time in 2015 at the Consumer Electronics Show. With its newly-branded, premium QLED TV in 2017, Samsung started incorporating cadmium-free quantum dot technology in its TV displays. Without any doubt, Samsung has indeed claimed dominance in the global market as a result of its QLED TVs – which, according to Nanoco, is a success because of its patented technology.

Quantum dot technology significantly improves the color quality of LED TVs. The patents in the lawsuit discuss many aspects of this technology. For instance, Samsung allegedly infringed upon at least claims 1 and 14 of the 7,588,828 patent by importing it into the United States unlawfully or offering the same to sell or use within the United States. Furthermore, Samsung’s QLED TV products consisting of quantum dots are made by a process that specifically infringes independent claim 14 of the same patent. Infringing Samsung products, as listed by Nanoco, include various sizes of the Class Q60R QLED 4K UHD TV, Class Q900 QLED Smart 8K UHD TV, Class Q60T QLED 4K HDR TV, and Class Q70R QLED 4K UHD TV. Nanoco also mentioned that Samsung allegedly infringed the 7,588,828 patent by using its nanoparticles, which contain the molecular ion clusters. Nanoco even provided numerous other examples of Samsung’s infringement based on several patent claims. Nanoco has sought a judgment of willful, direct infringement, an award for damages, and an injunction for preventing Samsung from involving in further patent infringement.