Overview And Importance of GST In India 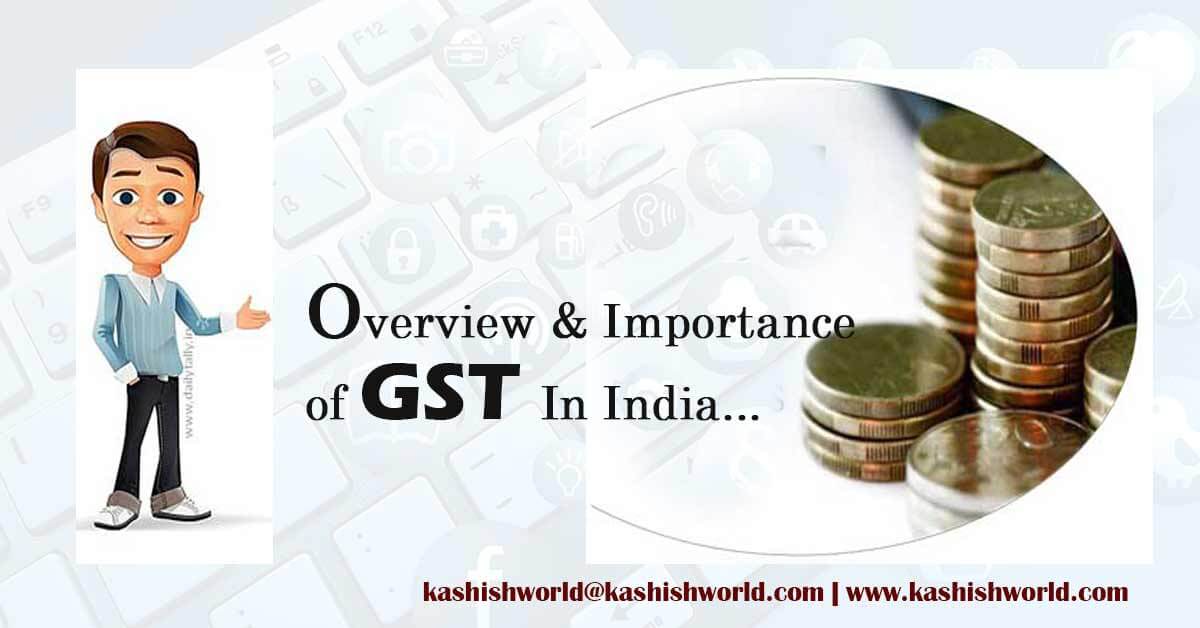 Goods and Services Tax (GST) refers to the tax levied or imposed when a consumer buys a good or avails a service. Proposed as a comprehensive indirect tax by the central and state governments on the manufacture, sales, and consumption of both the goods and services, GST eliminates the cascading effect of taxes on not only the production but also the distribution prices of the goods and services.

THE NEED FOR GST

CHALLENGES IN THE IMPLEMENTATION OF GST

As India has adopted a dual GST, namely State GST (SGST) and Central GST (CGST), the main hurdle in its implementation is the coordination among different states. The central and state governments have to come to a consensus on the interstate transaction of goods and services, uniform GST rates, and infrastructural requirements to implement the new tax reform; all of which are mandatory for the seamless transition into the GST pattern.

The introduction of GST in India is a significant step towards the reform of indirect taxation. Combining several state and central taxes into a single tax has overcome the issue of double taxation and led to the establishment of a common national market. From the consumers’ point of view, the advantage is in terms of a reduction in the overall tax burden on the goods and services. Successful implementation of GST also helps in giving a strong signal to foreign investors about India’s unmatchable ability to support businesses in different fields. With more transparency and efficient compliance, GST has boosted India’s GDP and further helped in cheaper and faster movement of goods within the country with a uniform taxation structure. Furthermore, GST has also led to a reduction in prices as manufacturers and traders now don’t need to include taxes as a part of their cost of production. Besides, keeping a record of CGST, SGST, and IGST separately is not necessary. The entire process of GST, starting from GST Registration, GST Invoicing, to filing GST Returns, can be done online, which has proved to be extremely beneficial for business firms and organizations, especially startups. Under GST, there are provisions for online payments and compliances and for availing the input credit only when the supplier has accepted the amount, leading to more accountability and regulation in various industries of India, including construction and textile.

By removing the shortcomings of the supply chain owing to the multi-layered policies, GST has established a transparent and corruption-free tax administration. It is not only investor-friendly or business-friendly but also consumer-friendly to a great extent. Therefore, business owners, entrepreneurs, manufacturers, traders, and citizens must understand that GST is without any doubt the need of the hour and make a point of the fact that any hindrance to its enactment or compliance is unjustified and not in the national interest.