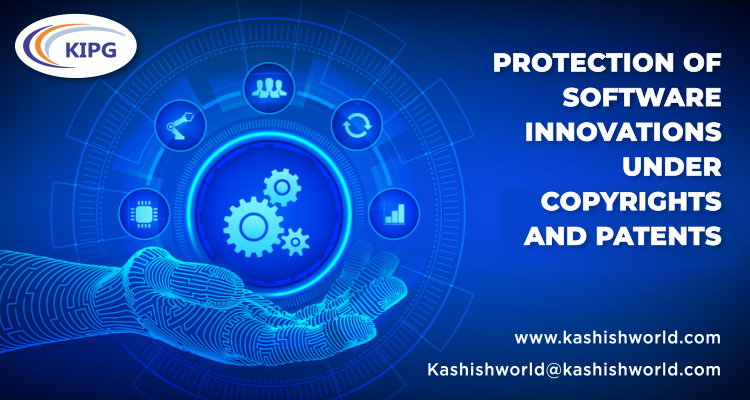 Computer programs or software refer to the instructions executed by a computer. It takes a lot of time, skill, labor, and hard work to develop computer software, which is in the form of source codes and object codes. In today’s highly competitive business environment, software innovations have an enormous market value and hence can be copied and used by unauthorized people. Therefore, it is highly advisable to protect the software either under Copyright Law or Patent Law, which at times can be a tough decision to make.

PROTECTION OF SOFTWARE INNOVATIONS UNDER COPYRIGHTS AND PATENTS

Patents or copyrights are the legal forms of Intellectual Property Rights (IPR), which can protect the owner’s software source code, invention, or idea. It often becomes necessary for every software developer or designer to choose between a patent and copyright. For making a choice, the developer has to think about what he is protecting. The question is, whether the developer is protecting the code or the idea and process of the software. Obtaining the registration of patents and copyrights are two very different processes and might also change what the owners want to do with their software.

Under the law, both copyrights and patents protect software from theft and infringement. However, each one protects a different part of the software. For instance, patents protect the idea while copyrights protect the written code. Additionally, copyrights don’t protect the idea behind the source or object code. To be specific, copyrights don’t protect ideas, processes, procedures, and systems, methods of operation, concepts, discoveries, or principles. Software patents, on the other hand, are utility patents (and not design patents), that protect a process, machine, an article of manufacture, a composition of matter, or improvement on an already existing utility.

ADVANTAGES OF SOFTWARE PATENTS OVER COPYRIGHTS

Patents granted for software inventions prevent unauthorized users from utilizing a specific algorithm or creating new software programs (which perform the patent-protected functions), without any explicit permission. On the other hand, copyrights protect only the expression of the idea, i.e., the source code and not the functionality. Therefore, it won’t be wrong to say that patents offer a much broader range of protection.

Some of the significant contrasting features between these two forms of Intellectual Property Protection are listed below:

Whether any software program or piece of code involves an inventive aspect or not, it must seek protection under Copyright Law. However, the dilemma to obtain Patent Protection arises when there is an invention in a software product or process. In such circumstances, the owner should explore the option of protecting the software invention with a patent as they offer much broader and stronger protection than copyrights.