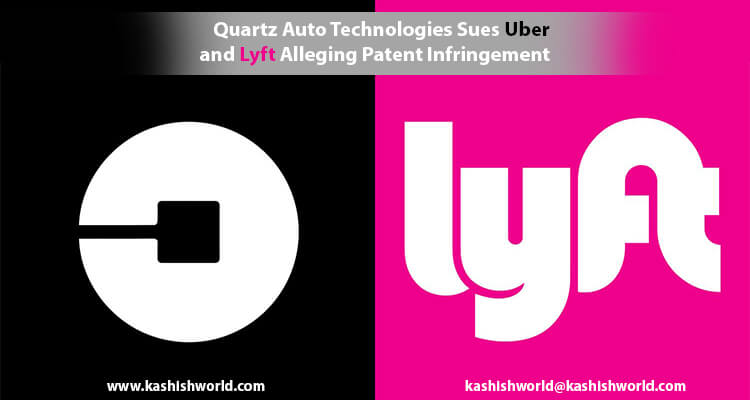 Represented by Dunlap Bennett & Ludwig, Quartz Auto Technologies is a new company, and it still not clear what service do they offer. The patents mentioned in the patent infringement lawsuit are associated with the way Lyft and Uber operate and correspond to the technology providing a location-based service to the customers. The US Patent No. 6,446,004 (“the ‘004 Patent”) is for a system of “proximity driven activity,” which enables requests to be executed at a specific location or some point in the future. The complaint has claimed that both Lyft and Uber are using these ideas to a great extent corresponding to the proximity driven activity in their respective systems.

The US Patent No. 6,807,464 (“the ‘464 Patent”) is corresponding to the “vehicle control information,” which according to the company, may refer to any piece of information that can be used by an operator concerning a vehicle, and may be provided to the operator as well. The company has alleged that Lyft and Uber’s systems have infringed upon this patent corresponding to the way they distribute information to the drivers. The US Patent No. 7,370,085 (“the ‘085 Patent”) creates a similar allegation, which according to the company, is infringed by the defendant’s use of geographical reference data for depicting multiple drivers in the vicinity of a potential passenger on its Uber application.

All the complaints present various claims of patent infringement in the US Patent No. 7,958,215 (“the ‘215 Patent”), one of which is concerning the communication available between a passenger and driver in the systems of Uber and Lyft. The US Patent No. 9,460,616 (“the ‘616 Patent”) is allegedly infringed as it addresses improvements while working in the geographic space. The US Patent No. 9,691,275 (“the ‘275 Patent”) specified only in the patent infringement lawsuit filed against Uber, deals with the processing of passenger location.

Quartz Auto Technologies also claimed that its patents overcame shortcomings in the prior art, and the patented systems offered a solution that has helped Uber and Lyft significantly in becoming successful.