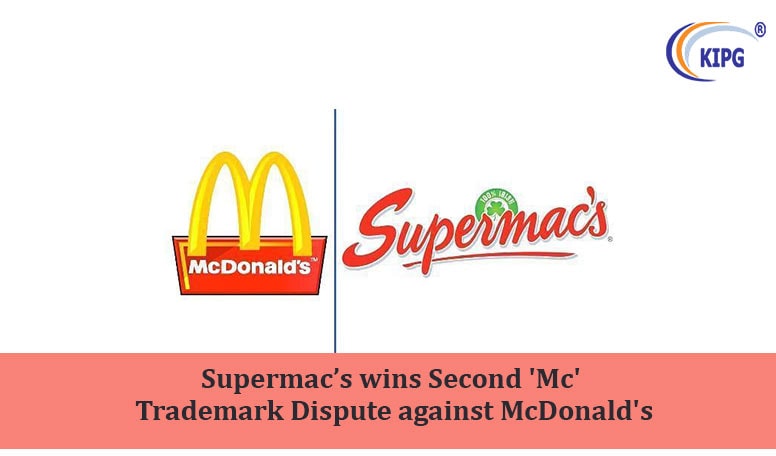 McDonald’s has recently lost the exclusive ownership of the ‘Mc’ trademark on some of its products within the European Union (EU) after losing another battle to Supermac’s, the global fast-food giant. According to the judgment issued at the European Union Intellectual Property Office (EUIPO), McDonald’s no longer exclusively owns the right to use the ‘Mc’ prefix for a whole swathe of food areas. However, the EUIPO has also ruled that McDonald’s can legitimately continue to use the ‘Mc’ trademark on chicken nuggets and some of its sandwich products across the EU.

The decision follows a complaint made by Supermac’s to the EUIPO stating that McDonald’s never used the ‘Mc’ prefix in a standalone sense, but only in combination with other words to brand their products and services. This year, in the beginning, Supermac’s had also won its long-running dispute against McDonald’s by having canceled the use of the Big Mac trademark. In that judgment, the EUIPO stated that McDonald’s failed to prove the authentic use of the Big Mac trademark as a burger or as a restaurant name.

Pat McDonagh, Supermac’s founder, and Managing Director reacted to this latest ruling by saying that the decision has marked a victory for small businesses. He further added that McDonald’s tried to argue by saying that the term Mc was so synonymous with them, that they had the right to own and trademark Mc. At last, McDonagh stated that the fast-food giant is delighted for having the EUIPO ruled in their favor.

The latest EUIPO decision revokes McDonald’s automatic trademark rights to the use of the ‘Mc’ trademark on a long list of food items related to foods prepared from meat and poultry products (except chicken nuggets), eggs, cheese, milk, pickles, milk preparations, to name a few. The revocation also applies to many other food items and beverages like biscuits, cakes, cookies, coffee, oatmeal, pastries, along with the restaurant services.

In its recent submission, Supermac’s asserted that the trademark should officially be revoked with effect from five years following the date of registration since it was not put to veritable use by McDonald’s in connection to the majority of the products and services listed at the time of registration process.  McDonald’s contested this statement by filing several written observations and evidence for proving the fact that it had made use of the trademark corresponding to all of the registered goods and services, except for oatmeal.

As per the ruling of the EUIPO, since both firms had succeeded in some parts of the case and failed on others, they must bear their costs.