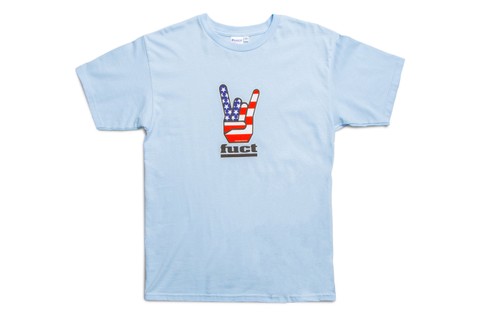 The US Supreme Court struck down a provision of Federal Law on June 24, 2019, that prevented official owners from registering their trademarks perceived as scandalous or immoral by handing a victory to FUCT, a clothing brand founded in Los Angeles.

Designer Erik Brunetti wanted Trademark Registration for his fashion brand FUCT, but the US Patent and Trademark Office (USPTO) declined to register the brand name by citing a section of the Lanham Act also known as the Trademark Act established in 1946, which prohibits registration of trademarks consisting of immoral or scandalous matter. According to the USPTO authorities, FUCT was a total vulgar name. Brunetti argued by saying that this section of the Trademark Law was unconstitutional and also stated that his brand name FUCT is pronounced letter by letter. The brand’s bio on Twitter reveals that FUCT stands for “Friends U Can’t Trust.” As the Trademark Office turned down Brunetti’s trademark registration, he took the dispute to the highest court and legal system in the US.

In the opinion released at the Supreme Court, Justice Elena Kagan asserted that the fashion brand name is pronounced as four letters, in one go, one after the other. She even added the fact that one might read the name differently as a swear word, and in that particular case, the person might hardly be alone. She also referred to the brand name as the equivalent past participle form of the widely-known F word of profanity. Moreover, she further mentioned that as per the most fundamental principle of free speech law, the government can never penalize or discriminate against ideas which are based on ideas and opinions.

This ruling was decided by a blend of liberal and conservative justices.  Justice Elena Kagan, Justice Clarence Thomas, Justice Ruth Bader Ginsburg, Justice Samuel Alito, Justice Neil Gorsuch and Justice Brett Kavanaugh were all in favor of the trademark registration of the brand name.

Brunetti’s lawyer, John R. Sommer, stated that though the Supreme Court and many Americans are indeed very uncomfortable with Brunetti’s trademark, the question is whether any government gets to impose its opinion about what is moral and wise and suppress them if found distasteful. Justice Sonia Sotomayor delivered an opinion which was partly dissenting and partly concurring by stating that the Supreme Court’s decision will beget unfortunate results in the future and the government won’t have any statutory basis to decline the registration of marks having the most vulgar or obscene words or symbols.