The Surfacing Issue of Social Media Copyrights & their Infringement 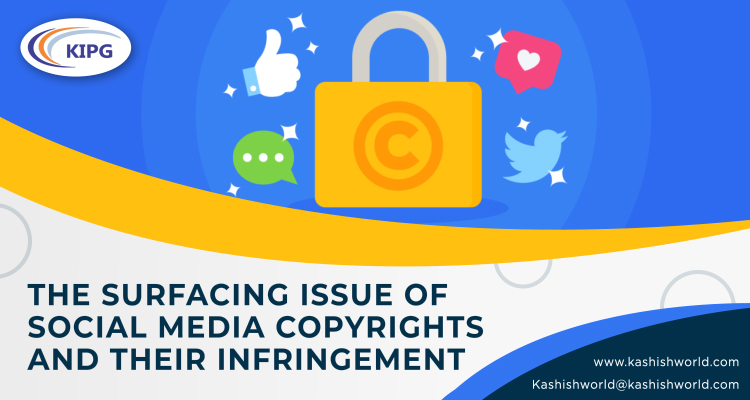 If there’s one place where the world is, it’s on social media. It is estimated that a total of 45 percent of the world’s population utilizes social media, accounting for a minimum average of 136 minutes per day spent thereon. To define social media is a difficult task since it encompasses within itself dynamic platforms capable of rapid evolution. In most general terms, it is an online app-based communication tool to share user-generated content. With the ever-changing nature of social media through continuous participation and majoritarian involvement, it becomes crucial to uncover the legal realities emerging out of such use since the traditional notion of ‘publication’ and ‘circulation’ has undergone a massive change.

It is usually understood that everything accessible on social media is up for grabs since it lies on the internet, that is, a part of the public domain, which may, however, not always be true. The same is an important issue since there is an involvement of multiple parties; the viewer, the user, the author, and the intermediary. When an original content comprising of art, literature, photographs, music, or computer program is created, the authorship reigns in favor of the creator/ producer of the work. However, when the same is uploaded on social media, it could have varied implications since access to such platforms is generally regulated by the terms of service or licenses, which we often turn a blind eye to while clicking on the ‘OK’ tab when the agreement pops-up. These are usually “non-exclusive, royalty-free, transferable” in nature. Let us consider a few examples for further clarification.

The Infamous Twitterati and Copyright

Twitter imposes a strict word count of 280 characters (earlier 140), which is not as sizable as the content within a book or a magazine. Therefore, to seek copyright protection upon such tweets or strings of tweets may be difficult since they might not make up for the standard of ‘originality’ as may be needed since most of them comprise of facts and statement of realities. Thus, the threshold for proving the ‘originality’ of such content is very high; hence, as quoted, it may be arduous to seek copyright in this case; but, it isn’t impossible. Examples of a few tweets that later took the form of books are Charlie McDowell’s book, “Dear Girls Above Me,” and Justin Halpern’s book, “Sh*t My Dad Says.” 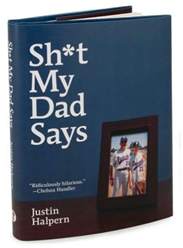 Twitter’s updated terms of service state that “The Content is the sole responsibility of the person who originated the Content.” However, since Twitter is DMCA compliant (Digital Millennium Copyright Act), it withholds the right to remove the content that violates the User Agreement or which infringes upon the content of another suo motu or after the due filing of an online report. In a landmark case – Daniel Morel vs. AFP/Getty Images – the plaintiff’s pictures of an earthquake struck area posted on Twitter were sold by the press agencies, without due accreditation and authorization of the author. The Federal Jury decided in favor of the photographer-plaintiff and ordered the agencies to compensate $1,200,000 for the infringement caused by taking undue advantage of the content. 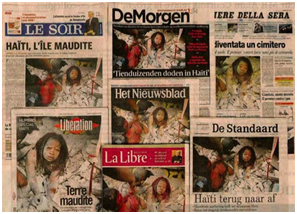 Just like Twitter’s terms of service, Pinterest also makes it amply clear that the user-generated content is the sole responsibility of the one who posts it. Also, Pinterest withholds the right to “remove or modify” and even “change the way it’s used in Pinterest” for any reason, which opens the room for subjective interpretation. The same connotes to the fact that no social media provider acting as an intermediary or a facilitator is liable for the acts of its users since they bind the participants by a specific ‘User Agreement.’

One aspect to keep in mind while using such platforms is that if the content you use by honest ’embedding’ is breaching the copyright law, i.e., of an imposter of the actual author, then you too have infringed upon the copyright law. Therefore, careless embedding can also cost you handsomely.

The ‘Terms of Use’ for Facebook and Instagram are the same, which give one the exclusive rights of ownership over his/her content but also grant a license to FB/Instagram to use it. This license is “non-exclusive, royalty-free, transferable, sub-licensable, worldwide license to host, use, distribute, modify, run, copy, publicly perform or display, translate, and create derivative works of your content,” which terminates when the content is deleted. Therefore, ‘reframed’ images do not amount to infringement as they are subject to the license. We shall be dealing with a recent judgment concerning how legally embedded content does not amount to infringement in the section dealing with fair dealing. Furthermore, Instagram may use the content as it wishes; also, it may license the content to third parties.

Since Facebook is one of the most used social media platforms, some issues have emerged from disproportional exploitation of Facebook. Much recently sprung a case in the Indian soils, namely Fairmount Hotels Pvt. Ltd. vs. Bhupinder Singh (2018), wherein Justice Manmohan Singh sided with the plaintiff. Here, the defendant had unethically utilized the pictures of the plaintiff’s hotel in Manali to promote a new venture of his hotel by posting them on Facebook to lure innocent customers. The Honorable High Court granted a permanent injunction against the unauthorized use of the plaintiff’s pictures and a cost of Rs. 50,000/- to be paid by the defendant. This judgment enhanced the scope of the provisions mentioned within the Copyright Act by including ‘photographs posted online’ within the purview of section 2(c) that defines the ambit of ‘photographs.’

Snapchat’s terms of using the platform lay down that its services shall not be used to violate another’s rights, including the Intellectual Property Rights. It also clarifies that it is DMCA (Digital Millennium Copyright Act) compliant, and therefore, any activity contrary to the law shall result in ‘reasonable steps’ to terminate the user’s account. It facilitates easy removal of content through an online tool, and alongside, it establishes a redressal mechanism through its designated agent with whom a notice may be filed; however, it shall incorporate all requisites mentioned in 17 U.S.C. § 512(c)(3).

Also, any commercial or exploitative use of Bitmoji, a feature for personalized cartoons, is not allowed as the rights are reserved on Snapchat. Although Snapchat allows screenshots, in its terms, it clearly states that a user shall not use (upload, post, send, store) the infringing content unless permission is obtained from the actual copy owner.

Copyright seeks to strike a balance between safeguarding the interest of the author of the work by granting commercial and moral rights on the one hand and securing public interest through capping these exploitative rights of the author and permitting fair dealing of the work on the other. Generally, the ambit of fair dealing is incorporated within the legislation, itself, like, in Section 52 of the Copyright Act, 1957, USC 17 Chapter 1, and S. 107 of the US Copyright Act, etc. to include the following as a list of exceptions to copyright infringement- 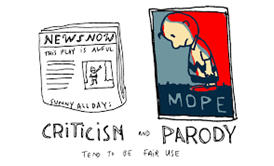 There are many factors, which need to be taken into consideration while determining whether or not a piece of work qualifies for the exclusion as ‘fair dealing’ of the copyrighted work. The court, in the case of Civic Chandran vs. Ammini Amma1996 PTC 670 (Ker HC) 675-677, laid that the following points shall be considered by the court, and these points are in line with the four-factor test followed in the US:

The Berne Convention also throws light on the aspect of fair dealing of copyrighted works and fundamentally states that the exception is admissible subject to the following:

“It covers special cases, it does not conflict with the normal exploitation of the work, and it does not unreasonably prejudice the legitimate interests of the author.” 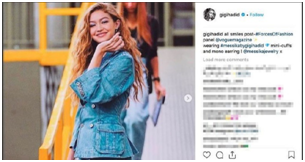 Since creativity emanating from social media is mostly technological-enabled creativity, the standard of originality is less. Therefore, it would be beneficial if courts prefer a higher threshold of originality to be proven in such cases to disallow frivolous copyrighting, which may stand against the fair-use principle. Considering the idea of ownership in such cases, where the content is composed of someone else and posted by another, the issue of ownership and joint ownership requires better elaboration, as we also observed in the Hadid case. From this article, it can be deduced that the copyright laws are sufficient to deal with the issues of social media; however, they may require a certain degree of the framework, extending especially in the domain of online media for better clarification of issues surrounding ownership and infringement.

The option of a click can open many doors; doorway to heaven or that of a prison cell. Therefore, to make an informed choice and equipping oneself with all the legalities of the issues that may originate from using social media platforms is nothing but essential. Social media is at the stage of infancy. Hence, its capabilities should be realized with careful and strategical use, considering the guidelines of its use and terms of liability that may spur from it.