Turmeric-Based Technology for Cancer Treatment Gets US Patent 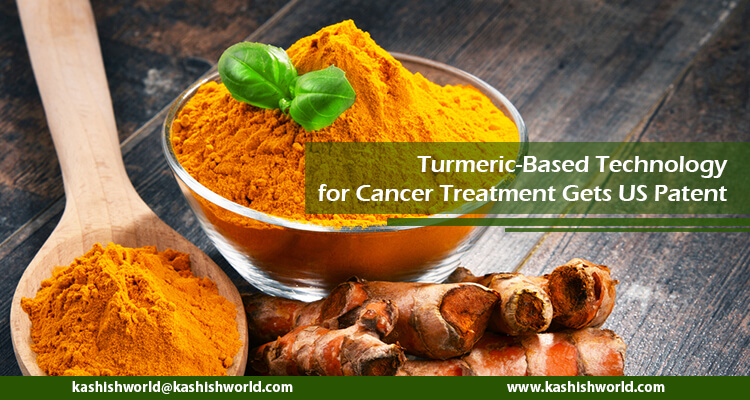 Thiruvananthapuram based Sree Chitra Tirunal Institute for Medical Sciences and Technology has recently won a US patent for its potentially breakthrough cancer-fighting technology involving a molecule extracted from turmeric. According to the head of Sree Chitra’s research team, Lissy Krishnan, the delivery of curcumin (the primary bioactive substance in turmeric) to the affected tissues directly instead of through the conventional oral or intravenous methods allows it to target the infectious cancer cells while moderating the healthy cells around them at the same time.

Krishnan further stated that turmeric has proven anti-cancer properties and contains curcumin, a molecule extracted from it, which is quite easily absorbed by the human body and helps efficiently in blood clotting. At Sree Chitra, research funded by the Indian Council for Medical Research primarily focused and paid attention to processing curcumin for forming an easy-to-use wafer configuration. When the wafer configuration is applied to the body tissues, the curcumin present inside it is released into the tissue fluids.

Human albumin, which is the most abundant protein in human blood plasma, or the rich proteins in the fibrin clot produced from heavy bleeding, binds the albumin receptors to the cancer cells, which further permits its entry into the cells. At the same time, the body’s natural clot breakdown mechanism removes the fibrin clot, that too, without causing any adverse effect.

The director of Sree Chitra, Dr. Asha Kishore, stated that after the surgical removal of cancer tissue, the fibrin wafer is targeted for implantation into the affected site for killing any infectious cancer cells that may possess the potential for causing recurrence of cancer or spreading to other parts of the body. She further said that in addition to drug delivery, the fibrin wafer could also lead to blood clotting at the surgical site.

The medical sciences institute is now all equipped and ready to transfer its turmeric-based technology for the future development of curcumin as an anti-cancer treatment through clinical trials. On this achievement, Dr. Kishore said that the US Patent Grant adds significant value to their efforts for transferring technology and further boosts the industry’s confidence to explore trials and validation with the international markets.