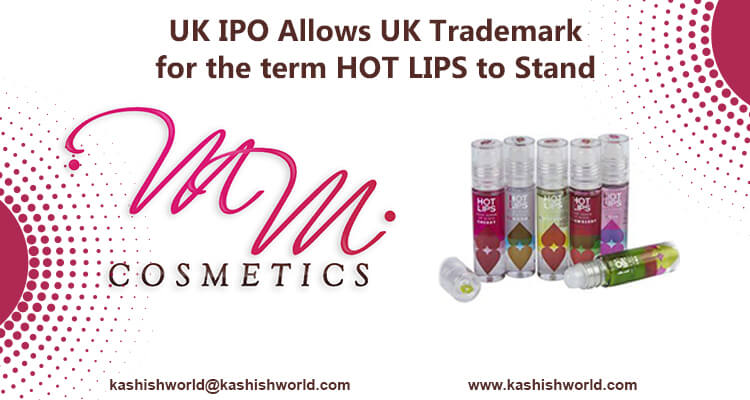 Quite some time ago, the UK Trademark Registration for the term HOT LIPS was challenged by Islestarr Holdings Limited, claiming that the trademark was not in use for five years since it got registered. However, the trademark’s owner, M&M Cosmetics Limited, managed to defend the trademark registration of the term HOT LIPS for its beauty products, including lip glosses and lip balms. The trademark was registered corresponding to cosmetic preparations and non-medicated toilet preparations under Class 3 – all for the application to the lips.

The owner was successful in filing adequate evidence of use, including:

The case confirms that the use of a word-only trademark can prove to be genuine if used in a stylized font or combined with logo elements to make up a composite mark. Also, the decision ruled shows that there is no specific or minimum period of use necessary to maintain a trademark registration, even when it comes to a high-end industry like the beauty industry. Sales value of the products somewhere around £60,000 in the industry reported having a worth of several million can still prove to be sufficient if the use is genuine. It is indeed a brilliant piece of news for the smaller companies out there, who may not hold a significant market share in the high-value industries. While submitting a piece of evidence, it is imperative to show its authenticity and relevance and present the same in a detailed manner – like in this case, the date at which the photograph was taken, and its whereabouts would have helped a lot. Although the witness statements provided as evidence, in this case, were criticized for being way too formulaic; they were still accepted. Hence, it is essential to keep in mind that while drafting witness statements for multiple witnesses, there is a need to have a conversation with them first, and then draft the statements in their words to give them more credibility.