Visa Files Patent Application for a Cryptocurrency System with the USPTO 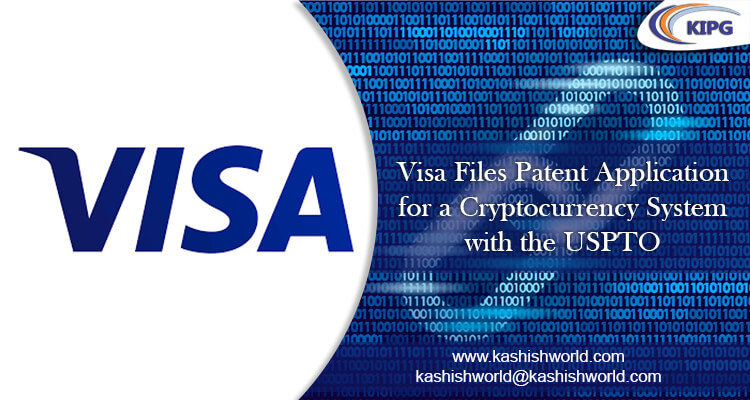 Visa International (a multinational corporation providing an operating structure to support consumer payment services across the globe) has filed a Patent Application for a cryptocurrency system with the United States Patent and Trademark Office (USPTO). The system is meant to replace physical currency. It efficiently utilizes both commercial and central banks and further leverages a private blockchain to enhance the current payment ecosystem.

The Patent Filing is corresponding to a fiat-linked cryptocurrency system that uses a private permissioned distributed ledger platform. The filing has described a central computer and its responsibilities, along with the critical roles of the system, namely, central entities, validating entries, and redeeming entries. The documents submitted with the patent application have explained these critical roles as:

The central entity computer is responsible for generating the digital currency, which is, in turn, recorded on a blockchain. Additionally, it may also determine whether a specific digital currency unit should be added to the blockchain or removed from it.

The patent filing has further specified that the payment ecosystem is capable of becoming 100% digital, and cash may be effectively removed from the global markets in a frictionless manner to enhance the entire payment ecosystem. It has also mentioned that the users may have a digital currency with the same denomination as the local physical currency.

In a recent statement delivered, a Visa spokesperson stated that the corporation seeks patents for hundreds of new ideas and innovations every year. He further added that not all patents result in the creation of new products and features; however, Visa respects the utmost importance of Intellectual Property (IP) and works actively at all times to safeguard its innovations, ecosystem, and brand.

Many other well-known companies and organizations have also tried to patent several cryptocurrency systems. For instance, the World Intellectual Property Organization (WIPO) has recently granted an international patent for a Cryptocurrency Mining System (that uses body activity data) to Microsoft.