What are Neighboring Rights? 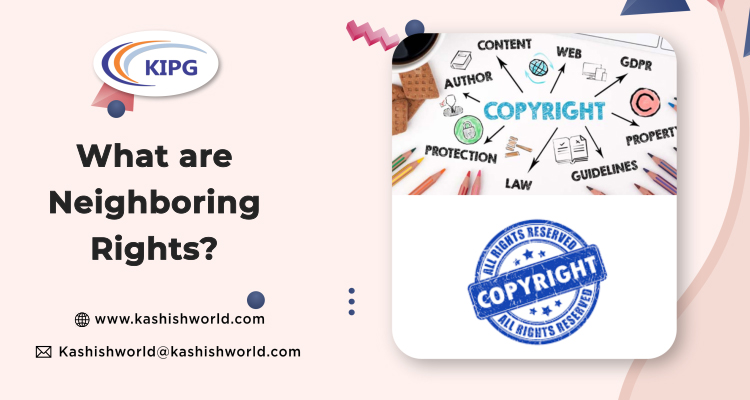 Copyright is that branch of Intellectual Property (IP) that protects and covers all creations that are a culmination of the creative human mind, irrespective of what form or merit they hold and the audience that consumes them. Copyright in creative works is created automatically and immediately, and therefore, it does not require a formal procedure to seek protection from a third party.

Additionally, copyright also vests in people who are not technically the authors of the work created; instead, they are crucial supporters and participants who make the work possible. These could include artists, producers of phonograms & others involved in television, radio & broadcasting. In them, vest certain rights known as the neighboring rights.

The term ‘neighboring rights’ can be found in the World Intellectual Property Organization (WIPO) Glossary, which can be understood as a right granted to protect the interests of performers, producers of phonograms, and broadcasting organizations relating to the activities of the public use of an author’s work. Often the term ‘related rights’ is also used to mean the same as neighboring rights. The notion of different countries has varied in determining the scope of these rights.

These rights are not essentially the same as copyright, but they are based on works protected by copyright. Most importantly, they offer the same exclusivity as copyright, albeit they do not cover the actual work. 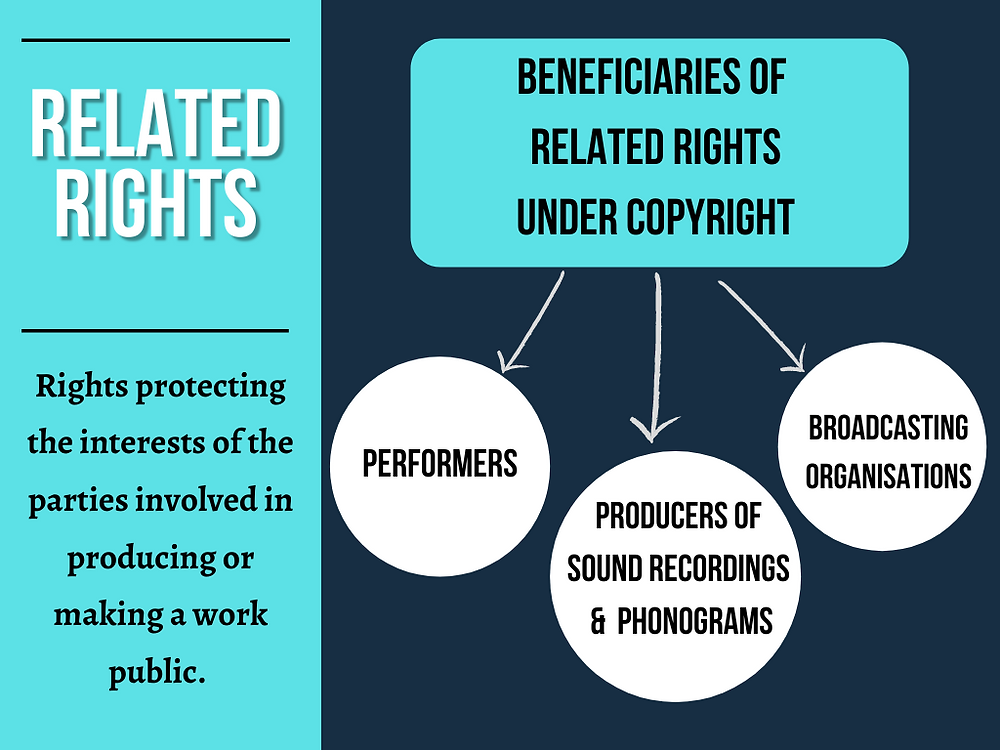 Neighboring rights can be segregated into three different kinds of categories, which are mentioned below:

What is the International Guiding Framework?

Apart from the Rome Convention, it is also a part of the TRIPS (Trade-Related Aspects of Intellectual Property Rights) Agreement, 1994, which came into force on 1st January 1995. The Rome Convention 1961 protects neighboring rights for up to 20 years from the end of the year in which the performance, the recording, or the broadcast of the work took place.

Other than the previously mentioned conventions, the WIPO Performance and Phonograms Treaty (WPPT) and the Beijing Treaty on Audio-Visual Performance (BTAP) also protect the performers, producers, and broadcasters in various ways that may appear to be more extensive in nature. They offer protection of neighboring rights for up to 50 years with an increased scope of protection of the rights of performers and producers while expanding into the digital era with the protection extended to the exploitation of protected works even over the internet.

It is imperative that the rights of each contributor in the creative ecology are sustained and preserved to give the due weightage of labor. Also, it is pertinent that in such preservation of rights, the freedom of information and access to knowledge are not compromised and liquidated. Therefore, it is integral to recognize the contribution of all artists related to the primary copyrighted work to incentivize further creation of art and culture by protecting rights underlying sounds, images, or both.

Till now, because of WIPO, authors, performers, and phonogram producers have been granted a broadly worded exclusive right of communication covering all the possible aspects of neighboring rights. It is essential to imbibe such international standards in national regimes to observe an expansion of such rights.