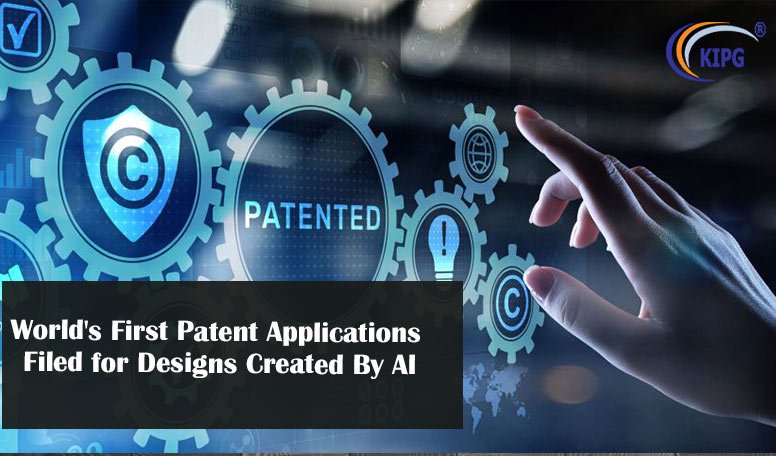 Scientists at the University of Surrey have successfully filed the world’s first Patent Applications at the patent offices of the US, UK, and EU for the inventions created using Artificial Intelligence (AI). The applications filed on behalf of an AI inventor called Dabus (Device for the Autonomous Bootstrapping of Unified Sentience), is a machine that used AI to design two products. If the patent applications get accepted, it will be the first time a machine is recognized as a creator by the Patent Offices. However, presently the UK Patents Act of 1977 along with the European Patent Convention, grant ownership of patents only to “natural persons.” In the US, patent applications filed must be the inventions made by an “individual.”

The applications filed by a group of scientists at the University of Surrey for the machine-designed patent was led by Ryan Abbott, who is the professor of law and health sciences at the University of Surrey. Abbott stated that the applications filed will seek clarity on the surrounding Intellectual Property laws and rules of AI-generated inventions. According to the reports, Abbott will be seen filing a further Patent Cooperation Treaty (PCT) application through the World Intellectual Property Organization (WIPO) in Geneva. This application will allow him to seek Patent Protection for the designs in a large number of countries.

Patents Should Recognize the Achievements of AI Developers

The machine named Dabus has created the products of a food container that can change shape, and a flashing light designed to attract attention in an emergency. Stephen Thaler, who is an AI expert living in Missouri, created Dabus. He used images and words for teaching the machine on how to produce complex items.

By filing these patent applications, Abbott is hopeful about the fact that people and machines will get the appreciation and credits for their work.

No country across the globe has IP laws specifying how such cases should be handled. While AI has been a creative force since quite a long time now, it has never been credited as an inventor of a patent. In a report on inventorship in inventions involving AI activity presented to the European Patent Office (EPO), the deputy head of the centre for commercial law studies at Queen Mary, University of London, Noam Shemtov, stated that the current legal system doesn’t allow AI systems to be considered as inventors. He also thinks that the same won’t change in the future as well.

Patent Applications filed on behalf of Dabus are currently pending in the US and elsewhere.