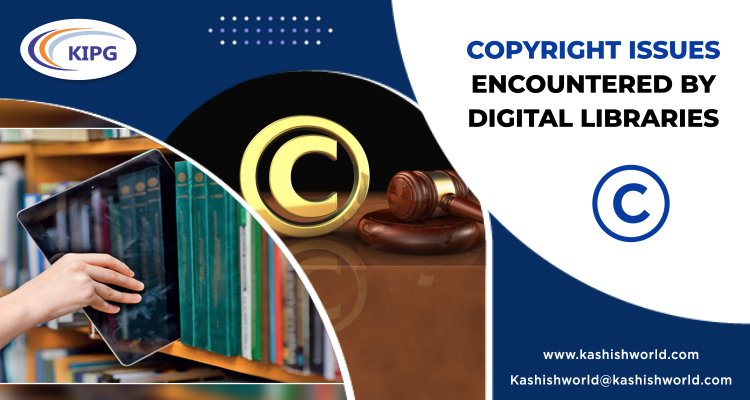 Digitization of different literary works like books, photographs, paintings, and even letters has come to be preserved through the efforts of museums, achieves, and libraries to enable access for every common man. It helps to preserve literature along with cultivating an attitude of making information accessible, ensuring the progression of information as well as entertainment of the masses. The internet itself has become a source of such new forms of authorship. The digital avenue, despite its many positives, suffers from the inhibition of inevitable copying. Some works are copied, some are lost due to removal, replacement, etc., while others remain accessible.

Like all rights, copyright is also not an absolute right. The right comes along with certain limitations and exceptions coupled with a fixed term. The relevant copyright exceptions to digital archives and libraries are usually those dealing with fair dealing/fair use, which may depend on a case-to-case basis. For evaluating fair dealing, the following factors are to be considered:

Other than the previously-mentioned criteria to determine fair dealing, the legislation usually incorporates a provision to allow criticism, comments, news reporting, teaching (including the making of multiple copies for classroom use), scholarship, and research, which is also to be considered as fair use. There is a great degree of uncertainty in the legal frameworks that have been adopted by different nations, which affects the predictability of whether a work shall be considered making fair use of another work.

What are the Copyright Issues in Preserving and Facilitating Digital Copyright Content?

The idea behind the digitalization of copyrighted works was to preserve the content thereof. Therefore, as a passive mode of action, digitization was preferred to recover data where such works were either deteriorated, destroyed, or needed restoration due to any other reason. However, the idea has evolved to facilitate and increase public outreach of such materials.

As most of the domestic pieces of legislation providing exceptions for libraries, archives, and other preservation institutions were created in the earlier times, they often have limitations that are unworkable when applied to digital works. An example of this is that some national laws allow these institutions to make up to three copies of a work for preservation and replacement, but three copies may be insufficient to ensure digital preservations since such laws usually require a library to wait until there is perceptible degradation of the work before making the replacement (for instance, the USA). In the case of digital works, by the time the damage is perceptible, the work may be irretrievably lost as these works may lead to variants and edited works during cataloging, maintenance, etc. The same is especially true when we speak of content that is generally available for online viewing and streaming where the author does not permit retention of copies. It is also observed in the case of user-generated content like blogs. Here, since preservation institutions cannot acquire these materials for preservation, the opportunity to study and learn from them is lost forever.

As has been mentioned above, the key issue lies in the fact that the prevalent legislative does not sufficiently deal with the intricacies of computer-based, networked systems, resulting in many grey areas. Also, since digital content has no territorial boundaries as to who accesses it, it may lead to disputes and infringements abroad for which there is no dispute redressal mechanism. Another issue lies in the fact that while addressing these no-cost copying and infringement issues, a certain balance has to be created. A much stringent and harsh law might result in the elimination of advantages introduced by a particular technology. Furthermore, another issue lies in seeking and acquiring copyright permissions. It has been observed that a majority of the organizations lack the required Intellectual Property Right (IPR) or the adjacent authorization concerning the literature they hold. 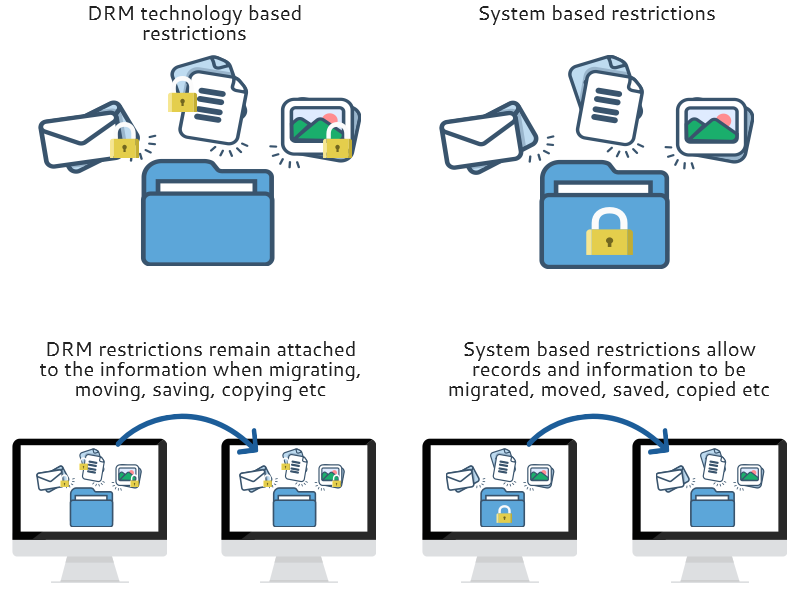 These initiatives can also help reform the current scenario by enabling libraries to utilize such initiatives to support preservation as well as the exchange of digital content.

In the benefit of the public at large and to secure information for further utilization, the following steps may be taken:

Other than these measures, a few other steps can be personally opted for until a legislative change is introduced concerning the subject matter. Libraries should ensure keeping records or a collective dataset of records to keep track of who utilized, when, and for what purpose a particular piece of information. Using watermarks would also ensure that the digital copy is not utilized in furtherance of unfair objectives. Digital libraries should secure their servers by using Intellectual Property (IP) authentication or generation of user login credentials and passwords. Libraries should not authorize more than a single copy to assure that no unfair use of the ‘fair dealing’ provision is made.

Copyright issues are multiplying with the transforming nature of technology, and for adapting to the same, either reliance may be paid on legislations or private initiatives. While the digitization of copyrighted material and the digital content may be appropriate for maintaining a balance between public use and private utilization of ancillary rights emanating from copyright, it may lead to hurdles in securing return on investments for rights holders. Therefore, policymakers should consider advancing the right step towards digital preservation programs while addressing copyright issues. Cooperative efforts and arrangements should be promoted to enable harmony between preservation institutions and rights holders. Until then, it would be interesting to observe how different nations undertake different routes to realize the fine balance in the light of the current realizes.