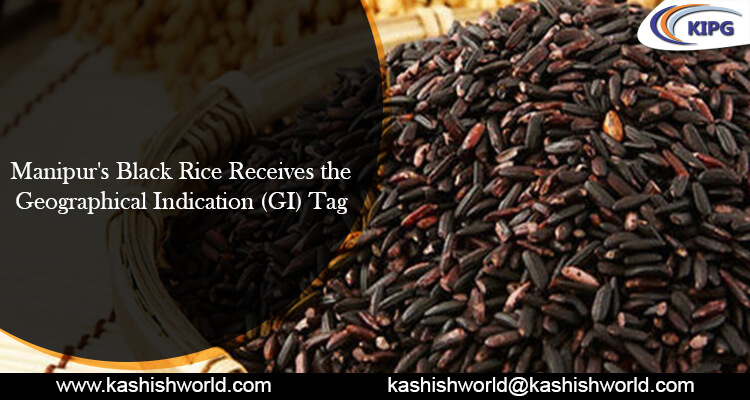 Manipur’s Consortium of Producers of Chakhao (Black Rice) had filed the Geographical Indication Application for Chakhao, which was facilitated by the Government of Manipur, the Department of Agriculture, and the North Eastern Regional Agricultural Marketing Corporation Limited.

According to the officials involved, it took even more than a year for the completion of the entire registration process, along with the documentation provided by the team members of the state agriculture department.

The GI tag or recognition is an indication that identifies the goods produced in a specific area or region, which, in turn, have an exclusive quality attributable to the geographical origin. Without any second thoughts, the GI tag holds immense potential for not only playing a crucial role in trade but also preserving a plethora of traditional skills in general.

After completing the geographical indication registration process for the Black Rice, MS Khaidem, the project coordinator of Manipur Small Farmers’ Agri-Business Consortium, stated that now the state and the farmers can sell the seeds and grains to all regions across the globe.

Quite some time ago, some farming communities of Manipur had expressed their issues and concerns corresponding to the reports of cultivating and harvesting the variety of Black Rice in other parts of India after the seeds and grains were transported for multiple purposes.

Chakhao, which is scented glutinous rice, has been in cultivation in Manipur over centuries and is widely characterized by its exceptional aroma. Usually, it is eaten at the time of community feasts and quite often served as Chakhao Kheer. The traditional medical practitioners use Chakhao as part of traditional medicine. In the Imphal market, Chakhao is sold at Rs. 100-120 per Kg on an average.

MS Khaidem has stated that now Manipur is all set to take up the GI registration process for Hawai-Tharak Makhyatmubi, which is a local pea variety having an exceedingly high protein content.

In March 2015, Kachai Lemon (Citrus jambheri Lush) of Manipur received the GI tag. The lemon grows in the Kachai village of Manipur’s Ukhrul’s district. It contains 45-51 mg/100 ml ascorbic acid, which is the highest available at present in the realm of citrus.