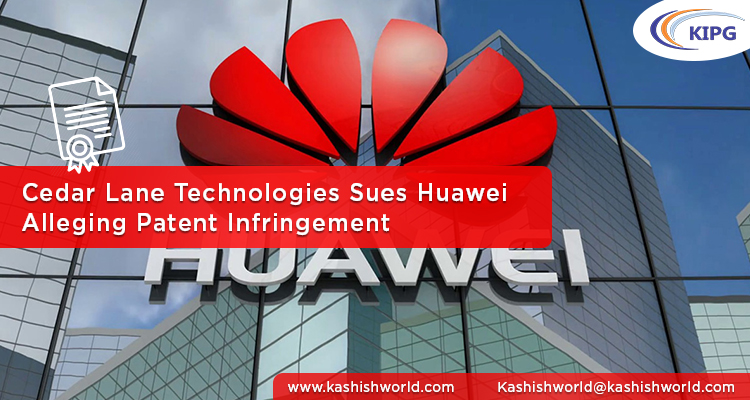 Cedar Lane Technologies has quite recently filed a Patent Infringement lawsuit in the Eastern District of Texas against Huawei Technologies USA Inc. According to Cedar Lane, Huawei has infringed upon the image related patents mentioned in the lawsuit by using the patented methods and systems in its devices.

In its lawsuit filed, Cedar Lane has claimed that Huawei has infringed upon a variety of patents focusing on scene recognition, JPEG compression, electro-luminescent devices, virtual reality cameras, a host interface for imaging arrays, and image processing systems. The company has accused Huawei of induced, direct, and contributory infringement of its ten patents. By giving an example, Cedar Lane mentioned that Huawei has infringed upon one patent through its products, including the smartphone series covering Mate X, Mate Xs, Mate 20, Mate 20 Pro, and so on, and tablet series covering MediaPad M5, MediaPad M6, and MediaPad T5. As per Cedar Lane’s statement in the lawsuit, all these products have been manufactured, used, sold, offered for sale, and imported by Huawei. Specifically, Cedar Lane has accused Huawei of infringing the claim 8 of the ‘527 patent, which covers a method for interfacing digital/analog converting means and JPEG compression means.

Cedar Lane has stated that Huawei has allegedly infringed upon all the patents as it utilizes the corresponding image conversion methodology. According to the company, Huawei’s devices support the process of encoding images into the JPEG compressed media. Furthermore, the devices have the image capturing systems along with an analog/digital converter, which converts the analog image data into the digital image data with the help of lines and columns of code correlating to image sensors and the image processing subsystem.

According to Cedar Lane’s lawsuit filed, Huawei has infringed upon the patents by having its employees test and use the exemplary products internally. The company has also specified that Huawei was well aware of the patents and reportedly used or created its products by committing patent infringement.

The company has sought a judgment that all the patents mentioned in the lawsuit are both valid and enforceable and that Huawei has allegedly infringed upon them. It has also sought an award for costs, damages, and fees.

When it comes to Huawei, the company is no new to Patent Litigation as it recently filed a lawsuit against Verizon. It has also been banned from operating inside the US over fears of its associations with the Chinese government.