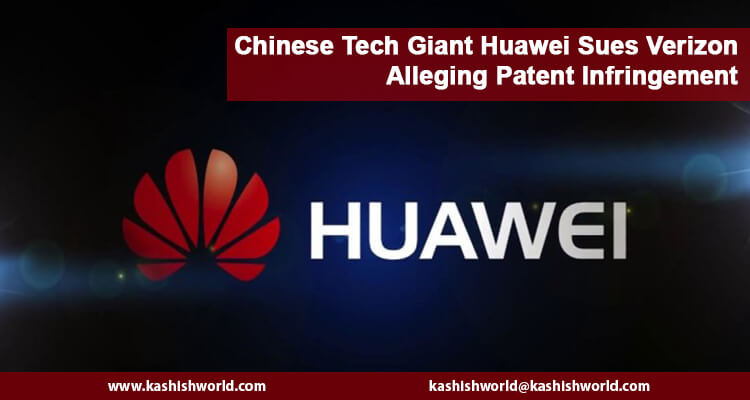 Although Huawei has a very tiny presence in the United States, many American companies, including Verizon, shall still use its patented technologies and innovations as the company holds even more than 87,000 patents worldwide, out of which 11,000 are in the US. Moreover, thousands of elements of Huawei’s Intellectual Property (IP) will be “standard-essential patents,” which include technologies crucial for mobile networks such as 3G, 4G, and now even 5G. Various other technology firms, including Huawei’s rivals, shall require using the patented technology corresponding to their telecommunications networks.

Huawei has claimed that it tried negotiating royalty payments with Verizon, that too, for a significant period but couldn’t end up reaching an agreement on license terms. Song Liuping, the chief legal officer at Huawei, has stated that for many years now, Huawei has successfully negotiated patent license agreements with a lot of companies out there; however, in case no agreement can be reached, then Huawei has no choice other than seeking a legal remedy. He further stated that it is indeed a common practice in the industry today, but all Huawei wants is Verizon to respect Huawei’s investment in the fields of research and development either by paying adequately for the use of the patented technology or refraining themselves from using the same in their products and services.

In its lawsuit filed, Huawei has said that the alleged infringements relate to 12 patents in different areas ranging from networking to video communications, with titles like Sending Method and Receiving and Processing Method. It further stated that Verizon has greatly profited from the use of these patented technologies as it generated $29.8 billion in revenue in 2018 for its wireline division, which includes Huawei’s fiber-optic communications network.

The US has put a lot of pressure on Huawei for quite some time now by accusing it of being a national threat and claiming that Beijing could use Huawei’s networking gear to spy on the Americans; Huawei has always denied such allegations. Moreover, the US has even put Huawei on its blacklist, which restricts the tech giant’s access to US technology. On the other hand, Huawei has been trying to fight back against this US pressure by going ahead with legal means.  In 2019, Huawei sued the US corresponding to a law, which bans government agencies from buying the tech giant’s equipment, by claiming that the legislation is unconstitutional.

Without any doubt, patents could prove to be exceedingly beneficial for Huawei to go after the US business firms. Also, Huawei’s founder and CEO, Ren Zhengfei, signaled last year that Huawei might look forward to extracting royalties from other companies. Ren said that over the past few years, Huawei had not been aggressive in seeking IPR royalties from technology or business companies that use its IP since it was way too busy in pursuing its business growth. He also stated that once Huawei gets some time, it shall undoubtedly try to extract money from the companies that use its IP.

Also Read: Huawei Trademarks its own Mobile OS after US Ban