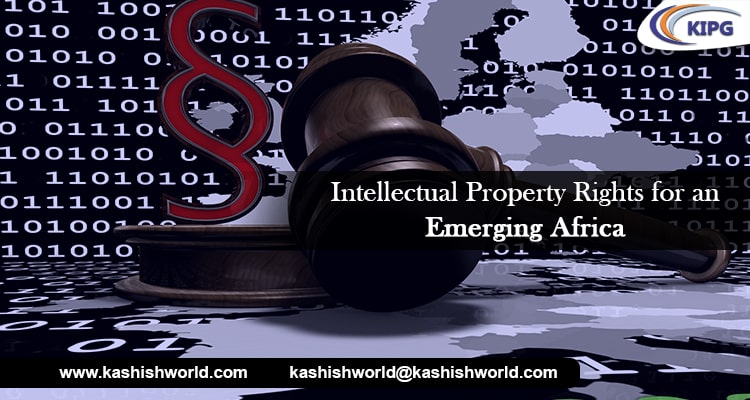 Africa, both in terms of land and population, is the second-largest continent in the world with 54 sovereign countries. With a growing labor force and a large consumer market, Africa holds the promise of significant further growth opportunities. Africa’s wide spectrum of cultural, ethnic, geographic, and economic differences has a great tradition of innovation and creativity. Although the main focus in Africa has always been to establish and implement basic Intellectual Property (IP) infrastructure, it has often struggled to realize its full economic potential, and a myriad of challenges need to be addressed. Nevertheless, African economies are now adding value to their creative resources via the IP system to work in support of their economic objectives. It is a matter of fact that yes; innovation and Intellectual Property Rights are slowly but definitely rising up the African policy agenda.

There are two regional organizations promoting Intellectual Property Rights in Africa. One of them is the African Regional Intellectual Property Organization (ARIPO) which is based in Harare in Zimbabwe, and the other is the Organisation Africaine de la Propriété Intellectuelle (OAPI) which has its headquarters in Yaoundé in Cameroon. ARIPO has a total of 19 member countries mostly from the English speaking part of Africa, and OAPI has a total of 17 member countries mostly from the French-speaking part of Africa. Both ARIPO and OAPI together cover 36 countries in Africa out of 54, however, Egypt, Nigeria, and South Africa are not their members, which are three of the largest African economies. Both of these organizations work and operate differently. Applications granted by OAPI have a unitary effect in all its member states but this is not the situation in ARIPO, as in their case all member states must sign, and give formal consent to implement protocols.

In 2013, the African Union (AU) decided to envisage the creation of PAIPO to complement and supplement the regional organizations of ARIPO and OAPI with the following objectives in mind:

As the objectives of PAIPO are not very clear knowing the fact that two regional IP organizations already existed in Africa, this project was not cited in the African Ministerial Conference held in November 2015. This conference stressed on enhancing innovative capacities with dynamic Intellectual Property Rights propelling creativity, and commercialization of Intellectual Property for sustainable growth, development, and well-being of Africans.

Africa’s co-operation with the World Intellectual Property Organization (WIPO) replaced the project of establishing a new IP agency. The declaration calls upon the WIPO to strengthen its technical assistance which aims at supporting the establishment and implementation of national Intellectual Property based on innovation policies, and in promoting joint initiatives with African Union Commission, regional organizations of ARIPO and OAPI. This co-operation between Africa and WTO will also provide sustainable, cost-effective, and high-quality management, enforcement, and protection of IP Rights to researchers and innovators in Africa.

Under these agreements, the granted European Patents will not be examined again in the national patent offices’ leading to a larger scope for foreign investments in African countries and invention licensing.

African economies fall short in the legal enforcement of IP Rights, which results in high online piracy, and an increase in the issue of counterfeit goods. Without this legal enforcement, manufacturers and developers in Africa may not feel much motivated to innovate.

Secondly, not enough people in Africa are registering their IP for protection. For instance, in South Africa, there is an average of 900 Patent Applications filed every month, however, 60 to 70 percent of these applications are filed by non-South African firms and companies.

In Africa, the current local and regional systems to register IP are inaccessible, time-consuming, and very difficult to approach or use.

SOLUTIONS TO IP CHALLENGES IN AFRICA

Despite major flaws and challenges faced by Africa in their Intellectual Property System, African economies are still focused and determined to improve their IP policies and frameworks. For instance, South Africa’s National Treasury in its 2017 Budget Review announced that it would be relaxing IP exchange controls which would make it easier for startups to expand their businesses and seek funding outside South Africa.

As Africa is very rich in traditional knowledge, Kenya also established the Traditional Knowledge and Cultural Expressions Act in 2016 enabling African communities to control, and seek profit from the use of significant cultural knowledge and expressions.

African government and authorities have realized the importance of regularly viewing and updating laws to deal with the current challenges faced by the IP Rights owners. Of course, every law has its own cautions, complications, and counter-arguments; Africa is now at the beginning of a new era in the domain of creativity and innovation, and will probably see some big changes in the IP system in the coming years.