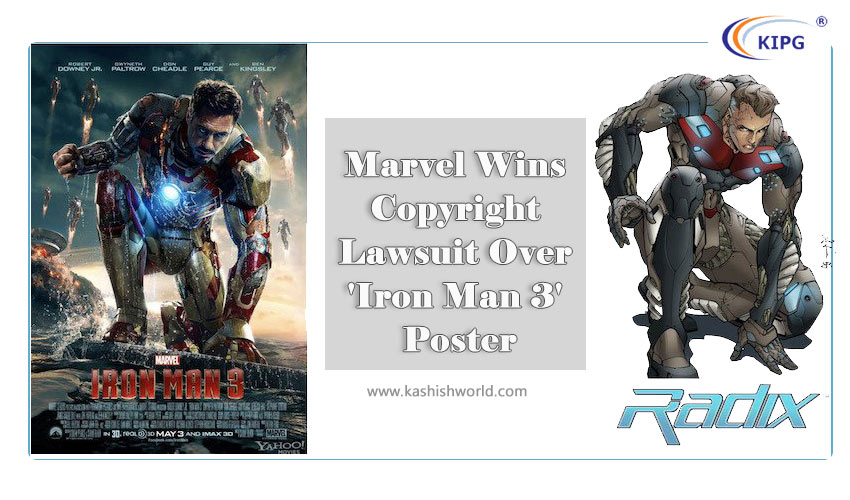 Marvel Entertainment has finally won a Copyright Infringement lawsuit after four years that alleged the company had copied the design of their movie poster for “Iron Man 3” from two comic book artists’ work.

Horizon Comics Production, owned by comic book artists and brothers Ben and Ray Lai, had sued Marvel in 2016 by claiming that the official poster of Iron Man 3 was way too similar to the appearance of a character named Caliban from their comic book series called Radix. In their lawsuit, Horizon claimed that six employees of Marvel were well aware of Radix and the design of Caliban. Additionally, the Copyright Infringement Lawsuit read that two of those employees had even worked with the comic artists and influenced the creators of the Iron Man 3 poster.

However, J. Paul Oetken, a US District Judge in New York, in his ruling asserted that the poster was designed based on inspiration boards made by Marvel’s creative team, images from the movies of Iron Man, and a photoshoot starring Robert Downey Jr. To this, Horizon argued by saying that the two works were strikingly identical, and even produced an expert report discussing the aspects of anatomical structures and camera views. But the judge sided with Marvel by pointing out the differences in the pose, placement of lights, and overall coloring.  At last, the judge stated that in contrast to Horizon’s no virtual evidence of copying in the records, Marvel was successful in introducing a piece of unrebutted evidence, which showed its independent creation of the Iron Man 3 poster.