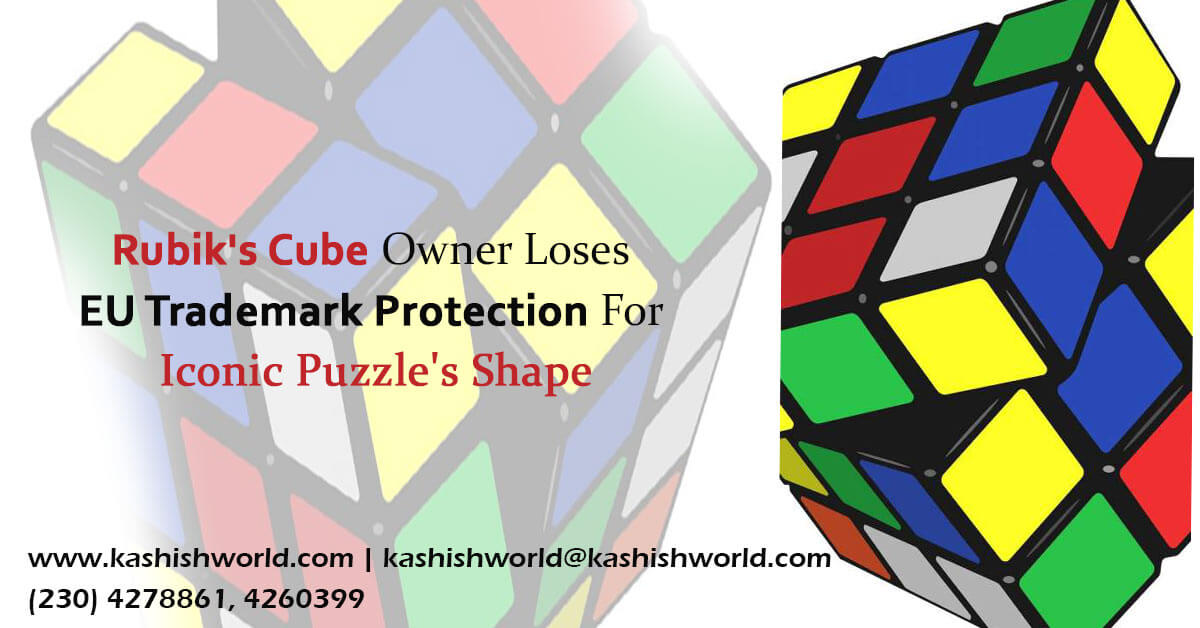 The owner of the Rubik’s Cube brand has recently lost an appeal to regain the European Union (EU) Trademark Rights for the iconic shape of the classic puzzle in a new twist to the ongoing lawsuit. In 2017, Rubik’s Brand Ltd. had lost the Trademark Protection for the puzzle’s shape after the EU’s top court stated in its ruling that the EU Trademark Law doesn’t allow the firm to have a monopoly on the functional characteristics or technical solutions of a product. The EU’s Intellectual Property (IP) Office (in charge of giving EU-wide trademark rights) annulled the trademark protection for the cube’s shape in line with the top court’s guidance; however, the Rubik’s Cube firm appealed that decision and moved the case back to the EU courts. The EU General Court in Luxembourg upheld the same decision on 24th October 2019 by saying that it was right to cancel the multi-colored cube’s trademark protection that has kept the hands busy since the 1970s. The EU Court further stated that although the essential characteristics of the Rubik’s Cube’s shape are necessary to obtain the technical result, including its rotating capability, the shape could still not be registered as an EU trademark.

Now, Rubik’s Brand Ltd. can appeal the ruling only one more time. It was first given the EU trademark protection for the cube’s shape in the year 1999 but had the EU-wide protection pulled in 2017 (as mentioned above). The legal battle over the Rubik’s Cube trademark began in 2006 when German toymaker Simba Toys GmbH had come forward to challenge the game’s trademark protection. A lower EU court ruled in favor of the cube’s trademark rights in 2014; however, two years later, the top court ruled against it.

In 1974, Hungarian inventor Erno Rubik invented this multi-colored puzzle in Budapest and has now sold even more than 400 million units across the globe. The objective of this puzzle is to turn and twist the colored stickers so that they align on each of the six sides of the cube.