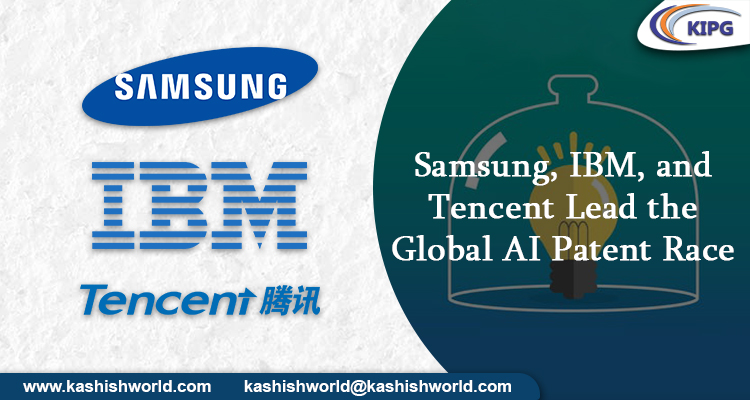 Three multinational companies, including Samsung, IBM, and Tencent, have been dominating the global race of AI-based patents for the past ten years. Moreover, the extreme competition between China and the United States doesn’t let other regions and countries across the globe to come into action, including the European Union (EU). These reports are as per the key findings of OxFirst, a pioneer in Intellectual Property (IP) management and economic consulting in the present knowledge-based economy. According to OxFirst, speech recognition, machine learning, and neural nets are, at present, driving the global market.

In its recent announcement, OxFirst said that patents are primarily filed in the fields of system architecture and interconnectivity, which further suggests that the leading players focus mainly on safeguarding technologies revolving around multiple neural nets. It also stated that the other fields of critical importance include bootstrap methods, ML, and procedures used in speech recognition processes. As per OxFirst’s sector-specific analysis, the major companies around the world have been focusing on AI in the medical space, specifically data mining, medical diagnosis, and medical simulation.

OxFirst has categorized the multinational corporations – Samsung, IBM, and Tencent – as the most crucial patent owners in the field of AI. It said that the South Korean multinational conglomerate, Samsung, dominates the AI space with even more than 5,000 patents worldwide. OxFirst has also noted that there’s no European company in the list of top 20 patent owners. At present, Samsung owns 5,073 patents, IBM and Tencent own 2,062 patents each, LG Electronics owns 1,541 patents, and Microsoft Technology owns 1,388 patents.

While looking at the country-specific patents, OxFirst has mentioned that the battle for market share in the field of AI is reflected clearly in the geographical assessment of patents. The Republic of Korea, China, and the United States report the maximum number of Patent Filings. If we consider the 100,000 patent filings with the Chinese Patent Office, the 5,000 patent filings with the European Patent Office (EPO) appear negligible in comparison.

The country-specific patent count is as follows:

This data highlights that the major companies are recognizing the immense economic potential of patents. It also helps to evaluate how different patent holders are performing in comparison to one another in the global market and how the patent space is distributed among them.