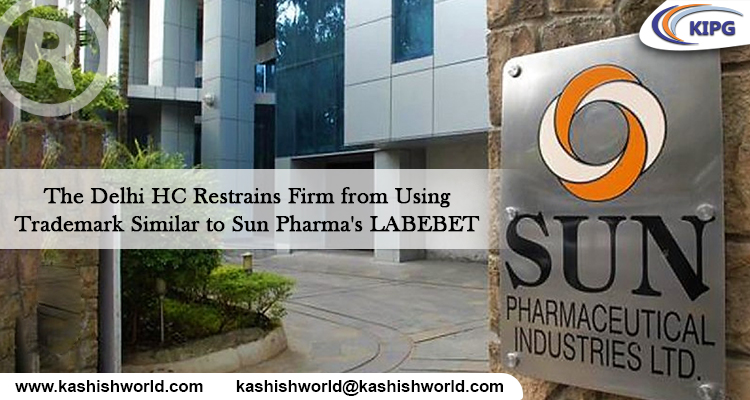 The drug ‘LABEBET’ is known to treat heart-related chest pain (angina) and high blood pressure (hypertension). Moreover, it is exceedingly effective in treating high blood pressure during pregnancy. What it does is it lowers the blood pressure, which, in turn, helps in preventing future strokes and heart attacks.

The Delhi HC’s ruling has come following a plea by the drug giant, Sun Pharma, which wanted a decree of permanent injunction to restrain BDR Pharma from manufacturing, distributing, selling, offering for sale, marketing, advertising, or dealing in medicinal preparations under the mark ‘LULIBET,’ be it directly or indirectly.

In its plea, Sun Pharma stated that ‘LABEBET’ contains salt or molecule labetalol, which is an anti-hypertensive drug and is sold in the markets both in the tablet as well as the injection form. The drug giant further said the very conduct of BDR Pharma was unfair, unlawful, and unethical. It mentioned that as the products were medicinal preparations sold under a deceptively similar trademark through the same trade channels, the defendants were actively creating deception and confusion among the dealers, chemists, customers, and physicians.

BDR Pharma, on the other hand, responded to the same by saying that there was no phonetic similarity between ‘LABEBET’ and ‘LULIBET.’ It further stated that only the commonality of the suffix ‘BET’ didn’t amount to phonetic similarity. To be specific, the company wanted the marks in question to be compared as a whole instead of their parts.

While rejecting the contention of BDR Pharma, the Delhi HC observed that in all the facts of the case, it couldn’t be said whether Sun Pharma was aware of everything and let BDR Pharma build up its business or not. However, the Delhi HC stated that even if there was a delay on the part of Sun Pharma in filing the lawsuit against BDR Pharma, it wasn’t sufficient to deter grant of injunction in favor of the drug giant. As per the Delhi HC’s ruling, the decree of permanent injunction shall be effective after two months, and in this period, BDR Pharma can take appropriate remedial measures.