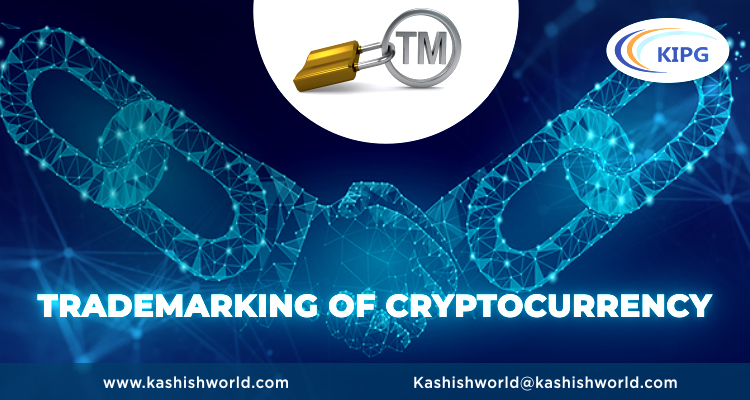 Cryptocurrency has captured the world’s attention, with some calling it “the future of money.” Even though cryptocurrency cannot be used in the same way as real-life money at the moment, it is held as an investment in the hope that the value will continue to rise as it becomes more and more popular. Therefore, it is sometimes known as a ‘crypto-asset,’ mainly by financial institutions. Cryptocurrency is characterized by its distinct financial market, with companies such as Facebook and Samsung announcing that they are making their forms of cryptocurrency to get involved in this market.

After seeing the success of ‘BITCOIN,’ undoubtedly the biggest cryptocurrency provider, many have immersed themselves in this groundbreaking technology. Recently, Nike filed a trademark for its cryptocurrency named ‘crypto kicks’ in the United States.

Cryptocurrency exchanges are facilitated by blockchain technology, which enables transactions to be undertaken in a secure, protected ledger through a networked database structure made secure by hashing power. Such transactions are permanent, unmodifiable, anonymous, bypassing intermediaries while remaining transparent and without any interference. Cryptocurrencies are developed to replace some of the established currencies and perform similar financial functions without needing any official status from the government or getting recognized as legal tender. Usually, they are issued by a virtual organization or a capital raising entity. Virtual organization refers to an organization embodied in computer code, which can be executed on a distributed ledger or blockchain.

Ensuring that the Cryptocurrency Mark is Distinctive

‘BITCOIN’ is trademarked in the United Kingdom but is not currently trademarked anywhere else in the world. When news broke that BITCOIN was a registered trademark, it caused a huge debate. BITCOIN is trademarked in the United Kingdom until 22nd December 2027 (trademark number UK00003279106), although only concerning clothing and beverages. ‘BITCOIN’ and ‘BLOCKCHAIN’ (the common name for the process used for cryptocurrency) are used so often used that many deem them to be generic, and many have argued against the trademark of BITCOIN due to its frequent use. This instance, even though of a successful trademark, has shown that the market contemplates that there are many problems that businesses can face, both during and after applying for a trademark due to the challenge of being distinct in such a market.

Cryptocurrency is subject to a somewhat unique question regarding its ownership or control. As such, identification of owners of such technology and currencies is difficult for granting it Intellectual Property (IP) protection, including trademarks. The basis of Trademark Law is enabling the trademark owner to utilize the mark for his or her products only and prevent the infringement of such trademark. Applying this concept to blockchain and cryptocurrency can be difficult as the founder of blockchain is anonymous, and the technology is based upon solely anonymous and interference-free transactions.

Therefore, it would be tough for an individual or entity to claim ownership of ‘blockchain.’ However, in the United Kingdom and Spain, ‘Blockchain’ is a registered trademark for two different individuals/entities. This has been extensively opposed as many people believe that blockchain is a technology, not a trademark, which can be freely used by everyone around the globe, and thus, its ownership cannot be given to a particular entity. Additionally, we have already seen (Nike crypto kicks example) how some countries like the United States permit registration of trademarks belonging to firms providing cryptocurrency services.

Trademarking of Cryptocurrency: In Practice

The Spain Patents and Trademark Office, like the UK, granted Trademark Protection to ‘BITCOIN’ and its logo, bearing registration number M4046141, to a Bitcoin salesman engaged in buying and selling bitcoin in June 2020. Such grant of Trademark Rights for the word ‘BITCOIN’ has been objected to globally as Bitcoin and Blockchain work on open source software, which can be accessed by anyone to provide cryptocurrency services.

Although both Bitcoin and Blockchain are being deemed as generic terms by most nations, these registered trademarks indicate that even after successfully registering a trademark, there can be severe consequences arising due to the trademark’s descriptiveness and genericity.

The Application of Trademark Law to Cryptocurrency: Case Laws

The United States is probably the first country that has seen a rise of case laws related to trademark law and cryptocurrency, especially after it started allowing names of cryptocurrency to be registered.

The US District Court for the Southern District of New York granted the preliminary injunction and denied the motion to dismiss the suit filed by the defendants. One of the primary arguments of the defendants was that Alibaba had openly declared that it would never engage in the cryptocurrency business and hence had abandoned its right to use its trademark about cryptocurrency. This argument was rejected by the Court, which observed that “accepting this view of abandonment would render American trademark law largely ineffectual,” and granted Alibaba the preliminary injunction upon finding that Alibaba had established a likelihood to succeed on the merits of its trademark infringement claim. Furthermore, the Court found that the mark used by the defendants was “in connection with their online commercial ventures,” which constitutes the use of the mark in commerce as a good or service.

In the case of Telegram Messenger Inc. vs. Lantah LLC, the US District Court for Northern District of California granted a motion of preliminary injunction, restricting the defendant to further use the term ‘Gram’ for its cryptocurrency brand as it was similar to and created confusion regarding the plaintiff’s trademark of ‘Gram,’ which was a pending registration at the USPTO for “financial services, namely, providing a virtual currency for use by members of an online community via a global computer network.”

In the case of West vs. McEnery, the Southern District Court of New York passed a default judgment in favor of Kanye West to desist the defendants from using the name ‘Coinye West’ as a trademark for their cryptocurrency brand.

Although this string of litigations is just the beginning, there is no doubt that the amount of cryptocurrency-related trademark litigation will go up as more and more cryptocurrencies are developed and trademarked.

Cryptocurrency has become increasingly relevant in recent times, enabling individuals to receive and send payments not limited to a particular currency. Such technology has the potential of entirely changing and revolutionizing our business dealings and transactions. However, there are still many regulatory and legal challenges related to cryptocurrency that the world is coming to terms with at large.

Cryptocurrency firms seeking to obtain Trademark Protection should frequently monitor the market situation and position themselves in such a way that they succeed in obtaining and continuously using the trademark. Cryptocurrency firms need to safeguard their trademark at an early stage to protect their goodwill and the rights of their users. Such cryptocurrency names should not be generic, descriptive, and have a particular distinctiveness that enables users to identify their source. In theory, cryptocurrency is based on open-source software of blockchain and does not belong to one single person. However, different firms are personalizing their cryptocurrency brands using specific terms (Nike, Facebook, and Samsung) and getting trademark protection in various countries of their choice. Although not all the countries have immediately opened themselves up to the idea of allowing cryptocurrency to be registered, the scenario is slowly and gradually changing and making way for the same.