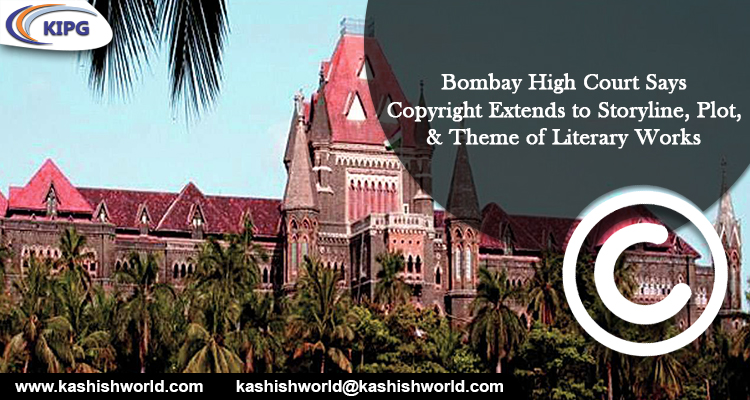 The Bombay High Court has quite recently ruled that when it comes to literary artworks, copyright extends to not only the expression of the core idea but also to its storyline, plot, and theme.

The ruling has come on a plea filed by Shamoil Ahmad Khan, an Urdu writer, who claimed that Falguni Shah along with two others infringed upon his copyright in one of his short stories, known as Singardaan (Dressing Table), and produced a web series, that too, under the same title.

Khan stated that the web series is being aired on Ullu (an online streaming platform), and is also available on the world-famous online video-sharing platform, YouTube. In his plea, Khan claimed that the producers of the web series didn’t only copy the title but also the entire narrative, plot, and characters of his story.

The producers, on the other hand, opposed Khan’s plea for an injunction by claiming that except the central idea of Singardaan, there wasn’t any other similarity between the web series and Khan’s work. According to them, the central idea of Khan’s work – a man taking away a brothel’s dressing table to his home during riots and its corresponding use resulting in changes in the behavior of the women at his home – by itself didn’t own any Copyright Protection. They further mentioned that the central idea’s depiction in the web series – including the presentation, purport, treatment, textures, and pathos – was materially different from Khan’s work and therefore didn’t infringe upon his work.

However, the producers’ explanation and argument failed to impress justice SC Gupte.

The judge stated that yes – copyright does extend to the systems, schemes, ideas, or methods and is confined to their expression, and, if the expression is not copied, there isn’t any question of Copyright Infringement. Justice Gupte clarified by saying that in the case of literary artworks, a germ of an idea is first developed into a theme, then into a plot, and then finally into a storyline, with the help of settings and characters. He said that the combination of all these elements gives substance to creative works.

He also mentioned that “Singardaan is the life and blood of Khan’s story.”

The judge concluded by saying that although the producers of the web series developed the storyline, plot, and theme of Khan’s work differently, still the same at first appearance was a case of copyright infringement.

He has now restrained the producers of the web series from making any further adaptation of Khan’s work and also directed them to maintain the accounts of the revenue generated from the web series, starting from its inception and going up till the disposal of Khan’s lawsuit.