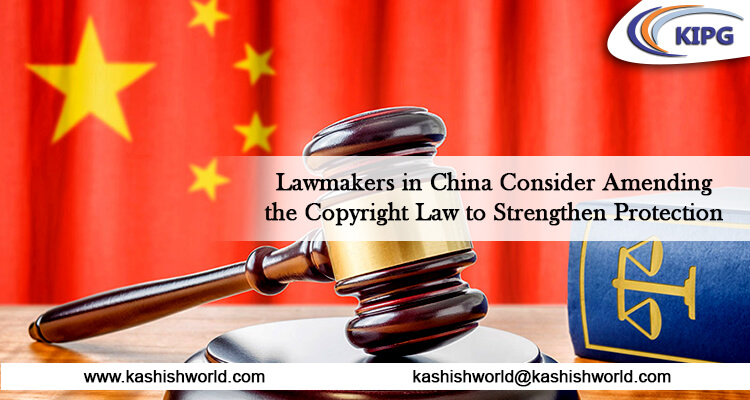 The lawmakers in China have been reviewing a draft amendment corresponding to the nation’s Copyright Law for quite some time now to strengthen Copyright Protection in cyberspace and further enhance the supervision and punishment of unlawful acts.

The draft amendment was presented for deliberation at the Standing Committee of the National People’s Congress’ regular session, which opened on 26th April 2020. While briefing on the draft to the legislators, Yuan Shuhong, the Vice Minister of Justice, read that with the rapid development and application of the brand new technologies, various already existing regulations are not capable of meeting the practical needs.

The draft amendment has made a few changes in the descriptions to keep pace with the latest and upcoming forms of work and development of technologies like the changing cinematographic and audiovisual works.

The Director-General of the China Written Works Copyright Society, Zhang Hongbo, said that the changes would solve the issue concerning the classification of new formats in practice along with conforming to the international conventions.

For increasing the penalties significantly on individuals infringing the Copyright Law, the draft amendment has increased the compensation from 500, 000 to 5 million yuan, that is, from US$70, 600 to US$706, 000.

Liu Junhai, who is a law professor at the Renmin University of China, stated that the ultimate key to copyright protection is to ensure that the penalty is much higher than the profit of violation.

Jointly initiated by Douyin (video-sharing platform) and the CSC, the campaign invites somewhere around 20 cultural celebrities. It also invites netizens to share their opinions and come up with recommendations on Intellectual Property Protection by posting short videos online.

Sun Yue, the Vice President at the CSC, expressed hope towards reaching a wider audience and promoting IP protection in the society as a whole.