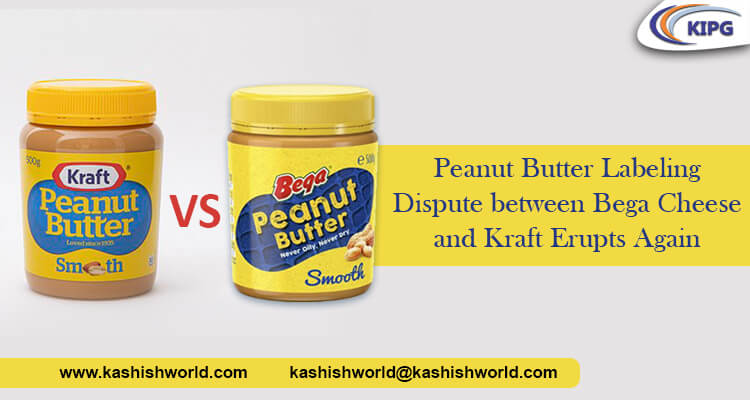 The bitter peanut butter labeling dispute between the American food giant Kraft and the Australian food brand Bega Cheese has erupted once again as the two companies fight over the exclusive rights to an iconic yellow-labeled peanut butter jar.

The 2019 federal court ruling was in favor of Bega Cheese, which allowed the company to use the Trademark and the yellow lid on its peanut butter jars; however, now, Kraft is all set to take the case to the high court.

Kraft argues by saying that in 2012, Bega Cheese had only bought the peanut butter and Vegemite line and not the ‘Trade Dress’ of the peanut butter, which includes its label and lid design.

Adam McNamara, the Executive General Manager at Bega Cheese, is pretty confident that the company shall efficiently overcome the new challenge or opposition to its trademark after having successive court rulings in its favor.

Kraft has recently appealed the 2019 federal court ruling by applying to the high court.

The American food giant Kraft owned the peanut butter in 2012 when the company had split its business from the Australian operations being taken over by a firm known as Mondelez. After some time, the firm had, in turn, sold the factory along with the peanut butter recipe to Bega Cheese for $460 million. The Australian food brand then replaced the Kraft product name promptly with its own.

The initial legal proceedings at the court saw Kraft asserting that Bega Cheese didn’t buy the rights corresponding to the trade dress of the peanut butter product, which included the label, lid, and bottle design. However, the federal court ultimately ruled in favor of Bega Cheese by saying that the company had very well purchased all the exclusive rights corresponding to the trade dress, which the court even acknowledged was created by Kraft initially.

Keeping aside the recent appeal to the high court, Bega Cheese has already spent $9.5 million on the legal costs till now. If in case the company loses the high court ruling, then it would most likely be forced to write off the $460 million it had spent on the peanut butter product.

In a recent statement delivered, Mr. McNamara mentioned that Bega Cheese would never back down against Kraft. He further stated that the company is a proudly owned Australian food company. According to him, Bega Cheese bought the trademark, trade dress, recipe, and factory in Port Melbourne in good faith, which makes the company’s position strong enough at all times.