Understanding the Difference Between Trademark and Geographical Indication 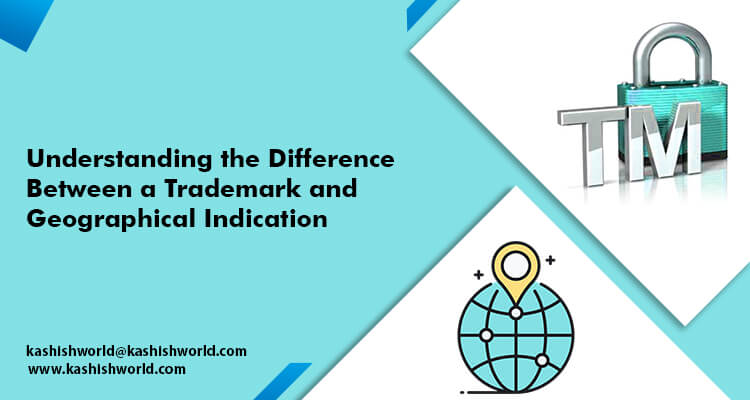 Scotch Whisky, BMW, Darjeeling Tea, and Adidas are a few names known to people all across the globe. A common man would quite easily associate these names with famous brands. However, if we take a closer look, we will observe that these names don’t belong to one category. BMW and Adidas are trademarks, while Scotch Whisky and Darjeeling Tea are geographical indicators. When it comes to trademarks and geographical indications (GIs), there has always been confusion in the minds of people. For a common man, both GI and trademark indicate the identity of the goods. So, where does the difference between the two terms lie? For having a better understanding of the same, let us first define a trademark and GI.

As per Section 2(1)(e) of the Geographical Indications of Goods (Registration and Protection) Act, 1999, a geographical indication refers to an indication capable of identifying goods, including natural goods, agricultural goods, or manufactured goods, as manufactured or originating in a country’s territory, or a locality or region within that territory, where a specific quality, reputation, or any other attribute of such good is particularly a characteristic to its geographical origin. In the case of manufactured goods, one of the activities corresponding to the processing, production, or preparation of goods, should take place in the territory, region, or locality.

As per the Indian Trademarks Act 1999, a trademark is defined as a mark, which can be represented graphically and can distinguish the goods or services of one individual from those of others.

Without any second thoughts, these definitions can deceive, and at times get mixed up. Trademarks include the names of places as well for increasing brand awareness, reputation, or its advertising, which has, in turn, led to a lot of perplexities in the minds of the layman, for instance – Darjeeling Lounge of the ITC.

Let us now consider a few points that shall help us in differentiating between a trademark and GI.

The prime similarity (and the only one) between a trademark and a GI is that both function as source indicators. The distinction between the two in this context again corresponds to the fact that a trademark identifies a service or good originating from a specific producer, while a GI identifies the geographical location or region from where the good originates. As both these forms of Intellectual Property (IP) work as a tool for identifying a good or service, people often tend to get confused between a trademark and a GI.