Arbitration or Litigation: Choosing the Appropriate Course of Action

Intellectual Property Rights (IPRs) have garnered the establishment of an infrastructure to ensure better enforcement of rights not just at the national but also at the international level since such assets are portable and accessible beyond traditional borders. Therefore, contrary to the common misbelief that since these rights emanate from the exclusive jurisdiction of a state and since they are rooted in public policy, it is a matter to be addressed forth the national courts, it is instead a reality to be reckoned with that in today’s time most of the jurisdictions recognize the arbitrability of Intellectual Property (IP) disputes. This recognition is not absolute and is often accompanied by certain exceptions and limitations like any other law regulating disputes.

Arbitration over Court Litigation: A Judgment Based on the Scale of Balance 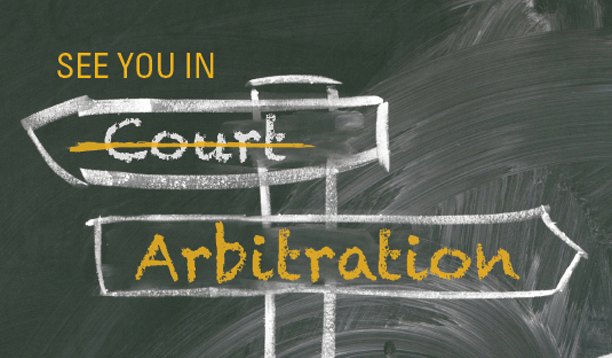 Majority of the United Nation’s contracting parties are also signatories to the New York Convention on the Recognition and Enforcement of Foreign Arbitral Awards. The New York Convention requires the national courts of the contracting states to give effect to private contractual agreements and recognize and enforce an arbitrational award delivered in another contracting state. It, therefore, allows resolution of international commercial disputes. However, all member states are free to deduce the subject matters that shall be arbitrable and those that won’t be. Hence, even if a state is signatory to the Convention, it does not automatically render that IP disputes are within its remit.

It has been recorded that most states consider enforcement of such arbitral awards that resolve disputes reduced into a written agreement, specifically when they deal with the parties’ rights in a licensing agreement. However, the issues that may affect the public interest or are contrary to public policy may not be arbitrable, for instance, compulsory licensing of patents, which may benefit the general public.

The major difference between arbitration and litigation is that when a matter is adjudicated by a national court, the award is said to be enforceable and have effect on the parties in the issue, including third parties as well. Therefore, the judgment deliver is in rem. However, the same cannot be definitely concluded in the instance of an award by an arbitrator since it will depend on the jurisdictional laws of each state respectively. Hence, an arbitral award is usually in personam.

Let us understand it better with an example. If a patent owner’s invention is considered invalid by a national court in litigation against some third party, say ‘x,’ the patent owner cannot enforce the patented invention to prevent any other party from using the same. However, in the event of an arbitral award in the same instance, the proprietor of the patent can only enforce the rights and prevent third parties other than ‘x.’ It is the reason why parties often choose to arbitrate since it is less precarious and better to lose one’s rights against one person or entity rather than to lose them against all, in general. Hence, it is often concluded that the disputes submitted to the civil courts can be allowed for arbitration except for some reserved matters, and those in rem are beyond the perimeter of arbitration.

With the support of international arbitration institutions like UNICTRAL, ICC, WIPO, and the WTO, there has been a soar in the cases concerning IPRs. National laws must endure and incorporate a liberal approach to accommodate the interest of all stakeholders to facilitate enforcement of such disputes. The same includes structuralizing yet liberalizing the manner of appointment of arbitrators, provision for proper infrastructure, procedure, and conduct of such institutions, and so on, to ensure that such alternative methods of dispute resolution are not just welcomed but also encouraged.