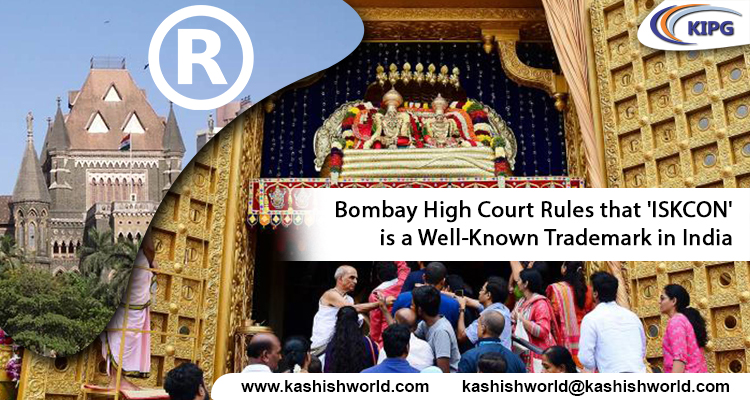 The Bombay High Court (HC) has quite recently ruled that ‘ISKCON’ – a Registered Trademark of the religious organization ‘International Society for Krishna Consciousness’ – has acquired an immense amount of reputation in both India and abroad. According to the Bombay HC’s ruling, the registered trademark is associated only with the religious movement and none else.

The order was passed by a single-judge bench of Justice Burgess P Colabawalla through video conferencing on a commercial Intellectual Property (IP) lawsuit filed by the International Society for Krishna Consciousness (ISKCON) against Iskcon Apparel Pvt Ltd, an apparel manufacturing company, alleging that the manufacturer had infringed upon its registered trademark to sell clothes online.

The religious organization submitted in its lawsuit that it discovered the said infringement by the apparel company this year in early February and had even sent a summons to the company repeatedly, which, however, went unanswered. The organization had then decided to initiate legal proceedings against the apparel company and seek help from the court to restrain it from using the trademark.

According to the lawsuit filed, the defendant, running an online business of clothing, did change its company’s name to Alcis Sports Pvt Ltd; however, it was still very much using the term ‘ISKCON’ prominently on all of its products.

While noting that the religious organization had a pretty strong prima facie case and that the balance of convenience lied in its favor entirely, the court in March this year had granted an ad-interim injunction to the apparel company, which restrained it from using the trademark until and unless a decision was taken. The court had mentioned that the plaintiff organization would most likely suffer from irreparable injury if the issue of Trademark Infringement by the apparel company continued.

In its recent order, the court has declared that ‘ISKCON’ is a well-known trademark under the Trade Marks Act of 1999 in India. It further mentioned that the registered trademark is exclusively associated with the plaintiff’s religious organization, and it undoubtedly deserves the highest degree of Intellectual Property Protection in all aspects.